Tag Archive for: Vision not Victim 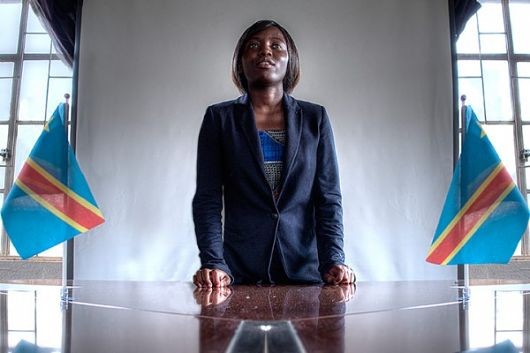 Girls in developing nations have been facing hardships like violent civil wars and survival in unfamiliar countries as refugees. Their gender and age makes them vulnerable to harassment, exploitation, violence and being bought and sold as child brides.

Many are prevented from attending school and receiving proper health care. Instead of being able to develop their own identity and pursue their personal dreams, they are urged to work for the benefit of their family.

A program by the International Rescue Committee called Vision Not Victim was started to supply girls with the skills and support they need in order to realize their potential and make their dreams a reality.

Meredith Hutchison traveled to the Democratic Republic of Congo in the summer of 2010 to work with local girls. There, she saw the widespread dangers of domestic violence and sexual assault women face all too frequently.

Three years later, Hutchinson began the Vision Not Victim Project which uses photography to impact the lives of girls in poverty. Girls understand the difficulties associated with poor health care and corrupt leadership. Even more, they have their own ideas about how to make positive changes in their community.

“I believe that as much as photographs help us understand terrible truths about war and poverty, as in Congo, they can also help us see the world in a new light: they can showcase our triumphant moments, illuminate role models and create positive visions of the future.”

Here’s how it works: girls ranging in ages 11 to 16, with the help of female leaders from their community, talk about their goals and design a vision for the future. Girls then sketch a tangible picture that represents these goals and the program gets to work recreating it in a photoshoot.

During each session, Hutchinson has noticed the confidence that builds for girls when they see their goals play out before them. Just by providing some props and an appropriate location, participants ‘try on their future’ with courage and grace.

This is promising. As young women, these girls play a very important part in the future of their community and their own lives. True, a photograph is not a final solution, but it does work to propel them in the right direction. Seeing pictures of themselves achieving their goals is very motivating.

Once the photographs are printed, girls share them with their families and community. It can inspire others to envision their own goals as well as realize the potential of young women.

These photographs also have the ability to motivate people in developed countries. It puts faces to the disasters. People are reminded that when they donate to aid groups, they are improving the lives of real people working towards a brighter future for the whole world.

The Vision Not Victim program has worked with girls in the Democratic Republic of Congo and girls in Jordan as Syrian refugees. It is being spread to other developing countries and even for refugee girls resettled in the United States.