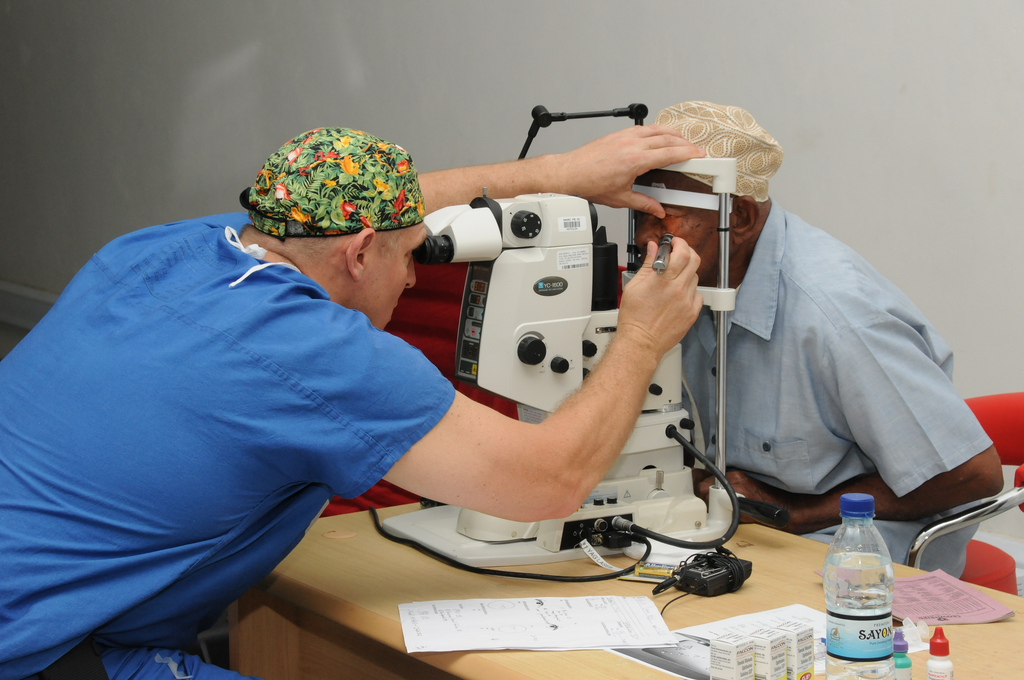 More than 750 million people currently suffer from uncorrected refractive errors or vision, which can result in blindness and mean hundreds of billions of dollars lost in productivity.

However, correcting vision traditionally requires expensive eye exam machines that can cost up to $40,000. Thanks to the new startup Smart Vision Labs, there is now a cheaper, more accessible way to receive eye exams.

After winning a New York University entrepreneurship competition in 2013, Smart Vision Labs entered the market with its smartphone paired autorefractor, the SVOne.

Founded by Marc Albanese and Yaopeng Zhou, the SVOne, which includes a paired iPhone 5s, costs $3,950, a 90 percent markdown from traditional autorefractors.

By simply pointing the iPhone at the customer’s eyes for five seconds, the machine can quickly measure and produce the information for a prescription. The SVOne also uses wavefront aberrometry, a technology superior to existing autorefractors.

Since raising $6.1 million in an accelerator program, Smart Vision Labs and the SVOne have spread to more than 300 eye clinics across the U.S. and to 23 countries. In 2015, Smart Vision Labs traveled to Haiti to check the eyes of locals, working with the pro-bono doctors of the Volunteer Optometric Services to Humanity.

Not only is the SVOne technology much cheaper, but it is also portable, a huge plus for doctors working in areas without robust health systems or other infrastructure.

In the U.S., the company also has major market potential — more than two-thirds of Americans require prescriptions, but only half receive them. With a service so fast and cheap, Smart Vision Labs can provide vision services to both the impoverished and modern world.

What began as a two-person operation has now jumped to 16 people. They have recently begun operating in several commercial vision stores in New York and have completed more than 40,000 eye scans. With more traction and attention, the company may soon have a worldwide name in doing social good and making profits. 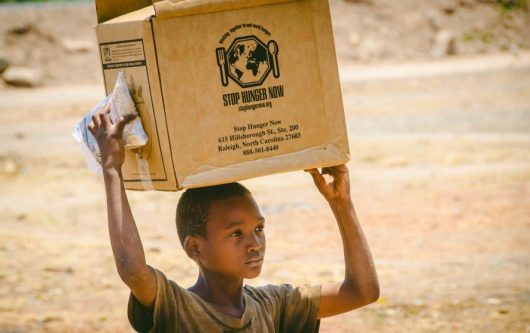 The importance of manual labor in the global economy is a key component in the fight against poverty in developing nations.

The World Economic Forum foresees that, despite predictions of technological advances, employment in the manufacturing and agricultural sectors will continue to grow for years to come.

A New York-based social enterprise sees the solution clearly: to alleviate poverty in developing nations, we must first focus on elevating the labor force.

The World Health Organization estimates that 90 percent of the world’s visually impaired live in developing countries, while nearly 80 percent of visual impairments can be prevented or cured. Without affordable vision care services, an estimated 703 million people in developing countries suffer from visual impairment and lack access to eyeglasses.

These problems are compounded by the nature of labor-intensive manufacturing jobs in developing countries, such as textile, clothing and machine/computer assembly – which require clear eyesight. As a result, vision problems pose significant obstacles to workers, by either hindering their productivity or rendering them unemployable.

With these looming statistics and the understanding that “if you can’t see, you can’t work,” founders and optometrists Jordan Kassalow and Scott Berrie established Visionspring in 2001 with the aim of providing vision care and eyeglasses to combat poverty in developing nations.

Visionspring considers the lack of optic care in low-income areas a market failure, and intends to address poverty in developing nations by fundamentally restructuring the market for eyeglasses.

Visionspring relies on partnerships with local NGO’s and small businesses in over 40 countries. Local entrepreneurs are trained by Visionspring to operate satellite optical shops. The shops provide high-quality care, and sell glasses that cater to a variety of customer needs, including bifocals, single vision, and photocromic lenses.

Rather than providing donated eyeglasses, which are costly to ship and often damaged upon arrival, Visionspring supplies new pairs of glasses to its customers around the world, thus stimulating production and providing lenses to those who need them most.

A 2007 Impact Assessment performed by Visionspring measured the effect of providing reading glasses to those in the developing world. The study found that reading glasses have the potential to increase a worker’s productivity by 35 percent.

A follow-up study done by the William Davidson Institute at the University of Michigan reported a consequent increase in monthly income by 20 percent for those whose vision was corrected. The result is a higher disposable income for the world’s poor, and eventually elevation out of poverty.

By addressing a specific need and empowering local people to provide essential services to their communities, the Visionspring model is globally viable. In 2012, Visionspring celebrated its millionth pair of eyeglasses sold in the developing world.

Eye care continues to gain ground as an important topic in the global health arena. In 2013, the World Health Assembly approved an action plan for universal access to eye health, which aims for a 25% reduction of avoidable visual impairments by 2019.

Visionspring will play an integral role in the achievement of this goal, as it keeps its sights on addressing the needs of workers and alleviating poverty in developing nations. 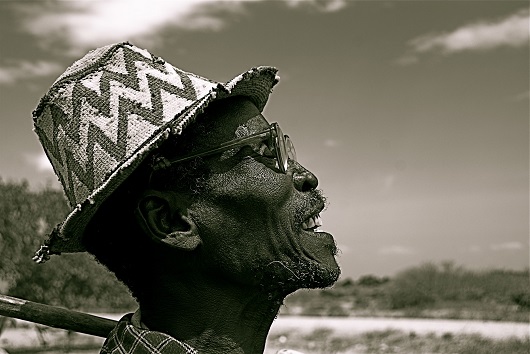 Martin Aufmuth has created an innovative solution to global visual impairment. In 2012, he founded OneDollarGlasses, an association that manufactures spectacles for just $1. First piloted in Uganda, OneDollarGlasses has since expanded to Rwanda, Malawi, Ethiopia, Benin, Brazil, Burkina Faso and Bolivia.

According to the World Health Organization, 153 million people worldwide have impaired vision. Ninety percent of those with impaired vision live in developing countries where trained optometrists are few and glasses, too expensive. Left uncorrected, impaired vision can become a major impediment to people’s performances in work and education.

Through OneDollarGlasses, opticians are able to travel to remote areas of developing regions where the consequences of vision impairment are most greatly felt.

Opticians are equipped with all that they need in just a 30 x 30 x 30 centimeters box (11 x 11 x 11 inches). The box contains 25 durable, polycarbonate lenses of varying strengths and a “bending machine” that shapes steel frames on-site.

After conducting an eye test, opticians can match a person with a pair of lenses that are manually inserted into the frames. The ease of this process facilitates the future replacement of lenses should a person’s vision change.

The low-maintenance bending machine lies at “the core” of OneDollarGlasses, says Aufmuth on his website. No electricity is necessary, and a single pair of glasses can be manufactured onsite in 10-30 minutes.

Opticians themselves are required to attend an intensive 14-day training on how to use the equipment. Afterward, they are free to run their businesses independently.

For Aufmuth’s work, OneDollarGlasses was the 2013 recipient of the Siemens Foundation’s award for “simple technology that empowers people” as well as the 2015 Tech Award in San Jose, California.

The Centre for Vision in the Developing World states that eyesight “will be one of the world’s top 10 health issues in terms of productivity and opportunities” by 2030. OneDollarGlasses is helping the developing world to see a brighter future. 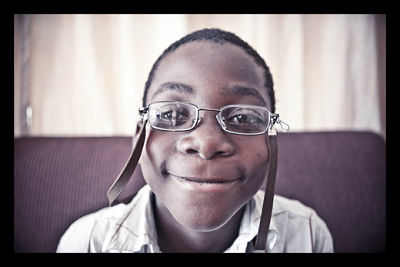 Many in the world today suffer from vision impairments. 90% of those in need of attention for this deficiency reside in developing countries. Nearly 80% of these cases can be treated with medical attention. The issue lies in the accessibility and cost of these products, as it is difficult to deliver expensive treatments to everyone.

Enter Adlens, an inexpensive solution to the woes of developing countries. Liquid crystals inside eyeglasses create the capability to adjust prescriptions with the simple twist of a knob. Two knobs on both ends of the glasses can be turned to custom fit every person. Fluid in the glasses alters membranes that make each prescription unique. These glasses can help alleviate short, medium, and long distant sight issues for all types of vision troubles.

Over the past 20 years, significant progress has been made with international eye care. Governments have formed specialized eye care programs and even have governments addressing the issue with legislation. Countries like Ghana and Morocco have eliminated eye ailments such as trachoma.

There is still much more to be done. 285 million people across the globe still suffer from vision impairments. At an affordable price of just $80, many of these people can be given the treatment they deserve.

Adlens may not be a cure to vision impairments affecting millions across the globe, but it is a treatment that can impact many suffering from impairments, giving them the ability to see once more and live the best lives possible.