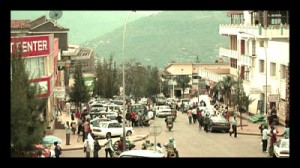 Rwanda’s citizens will be less vulnerable to shocks like unemployment and other disasters due to the approval of a US$50 million grant from the World Bank. This grant will be important to Rwanda’s social safety net programs and play a vital role in continuing to reduce poverty and inequality. Rwanda has already seen a decrease in poverty since early 2000 and attributes this success to its social protection system.

The social system of Rwanda is called the Vision 2020 Umurenge Program (VUP). This program has gone from providing assistance for 10,000 people to over half a million people since its establishment four years ago. In about that same time period, poverty levels declined from 57% to 45%. The impact of increased funding for VUP is imperative for those relying on its services. A widowed woman raising three children praises VUP for its public works program maintaining that without it she would not have been able to provide for her children.

Carolyn Turk, World Bank Country Manager for Rwanda, hopes to hear more stories like this one. She reminds us that Rwanda still has a long way to go in terms of ending poverty, but the World Bank will continue to support its social protection programs to help it reach these goals. The World Bank implemented the Second Support to the Social Protection System program which will assist Rwanda in carrying out its National Social Protection Strategy. The objective of this program is for the Rwandan government to improve their disaster risk management system and to ensure that those who need the services most are the ones receiving them.

The disaster risk management system will be particularly beneficial for impoverished people living in rural areas during times of drought. Fortunately, World Bank funding for these programs has continued to increase to a total of US$3 billion. Hopefully more developing countries will also improve their social safety net programs to lift their population out of poverty. With the support of organizations like the World Bank, poverty in Rwanda and other third world countries can become a concept of the past.