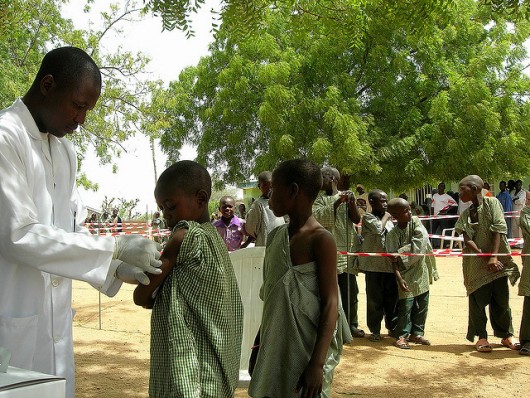 Meningitis is an infection that causes the membranes around the brain and spinal cord, also called the meninges, to become inflamed, which in some cases leads to damage of the nerves and the brain.

Neisseria meningitis is the one with the potential to cause large epidemics. There are 12 serogroups of N. meningitis that have been identified and 6 of them namely A, B, C, W, X, and Y can cause epidemics. It is reported that the geographical distribution and epidemic potential differ according to serogroup.

According to the NHS, there are “two types of meningitis namely: viral…and bacterial”

Bacterial meningitis is the most severe. The NHS urges that this form should “be treated as a medical emergency.” If left untreated, it can cause severe brain damage and infect the blood.

Viral Meningitis on the other hand, though most common especially in children, is less serious. It is reported that it is difficult to estimate the number of viral cases because symptoms are often so mild that they are often mistaken for flu.

In terms of treatment, the viral infection is reported to usually get better within a couple of weeks with plenty of rest to treat the headache and anti-sickness medication for vomiting. With the bacterial infection, treatment normally involves intravenous antibiotics as well as admission into the hospital.

It is advised by healthcare centers that, the best way to prevent the infection is to get a vaccination.

In order to ensure the development and growth of nations, it is imperative that diseases such as Meningitis are prevented. Being proactive and preventing the infection not only saves lives but it also saves costs associated with treatment.