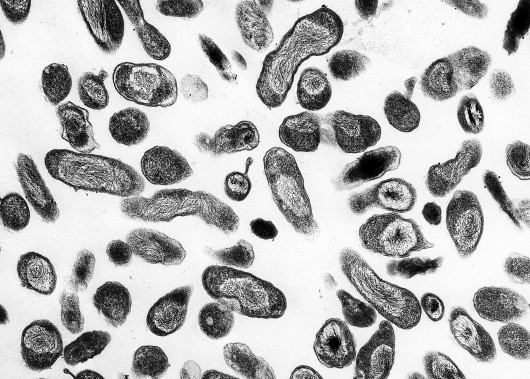 In today’s world, there are about 35 million people living with HIV. New HIV treatments are in near-constant development, but monitoring their effectiveness is almost as important as the treatment itself. By keeping track of what is working (and what is not), new and more effective HIV treatments can be developed, and regimens can be individualized to see what is working the best for each patient.

Viral load tests (tests that measure the concentration of the HIV virus in the blood) are done to monitor treatment. If there are over 1000 copies of the virus per mL of blood, then doctors will adjust the patient’s HIV treatment. Unfortunately, in the current method of viral load testing, results can take weeks to come back to doctors, making it difficult for them to make decisions about adjusting care. Not only that, but they can be expensive and hard to administer in a clinical setting.

Kathyrn Kundrod and Jay Fraser, undergraduate students at Lehigh University, were part of a team that developed a microfluidic device to measure viral load. Their project is called Viral Diagnostic Technology. With this innovation, only a small sample volume of blood would be needed for testing, and it could be done more quickly and efficiently. If the entire system comes to fruition, the test could be done on-site with doctor and patient.

As Kundrod says, their device is “more portable, easier to operate, and less expensive than other approaches currently in use or in development.” In fact, the estimated price tag for each unit of this Viral Diagnostic Technology is about $2.38.

The science behind the development has to do with how the HIV is being looked for.
In a nutshell (and for those who aren’t engineers), the device would run an electrical current cyclically between two electrodes, through the porous membrane of the microfluidic device. If there is a high concentration of HIV in the bloodstream, antibodies (specifically, anti-gp120) built into the device will capture it, basically building little antibody walls around the virus. These little walls keep the electrical current from making it to the second electrode, thereby reducing peak current values.

In an even smaller nutshell, if there is a certain amount of HIV in the bloodstream, the “peak current values” of the Viral Diagnostic Technology device will be lower, and the doctor will know to adjust HIV treatment. If there is no HIV (or below a certain amount of HIV), peak current values will be higher and the doctor will know to continue treatment in the same way.

The innovative design, created by five students at LeHigh, earned first place at the National Institute of Health’s Design by Biomedical Undergraduate Teams (DEBUT) challenge. It will therefore receive $20,000 to advance the development of their project.

The group, which is now known as Cyclic Solutions, hopes to have their design for Viral Diagnostic Technology procured by an organization such as UNITAID or the World Health Organization (WHO). With over 15 million people globally currently receiving HIV treatment, a device that can measure its effects in low-resource settings could save millions of lives.