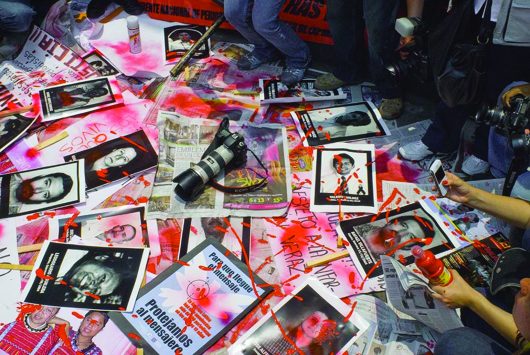 Every year, the Citizen’s Council for Public Security in Mexico releases a ranking of the 50 most violent cities in the world. The list is based on homicides per urban residents and does not include conflict zones such as Mosul, Iraq. The recently released 2016 ranking demonstrates the range of violence in Latin America: of the top 50 cities, 42 are in Latin America.

The link between global poverty and violence emerges clearly from this ranking. Many of the causes of violence in Latin America can be directly linked to symptoms of poverty such as hunger, political instability and weak public institutions. Venezuela, the country with the chart-topping city of Caracas, demonstrates this connection clearly.

Caracas ranked as the most violent city in the world for the second year in a row. In addition, four of the top 10 most violent cities were Venezuelan. Venezuela currently finds itself in a crisis state from a mix of political instability, extreme hunger and economic desperation. Venezuela’s financial woes spring from the collapse of the oil industry, governmental corruption and economic mismanagement. The crisis has become so extreme that 75 percent of the population has lost an average of 19 pounds in five years. The desperation and frustration from this situation have inspired massive government protests, many of which have turned violent. This confluence of factors has contributed to Venezuela’s prominent position on the list of most violent cities.

Venezuela presents one of the most extreme examples of the connection between poverty and violence, but a number of other trends also characterize the Latin American cities that dominate the list. Drug trafficking throughout the region is a large contributor. Violence between rival cartels placed Acapulco, Mexico in the number two spot on the list.

Brazil, the country with the most cities on the list, faces many of the same challenges as Venezuela. Governmental corruption and poor public services have spurred massive demonstrations that have led to widespread violence.

A few small Central American countries also face their own unique challenges. Countries such as El Salvador, Honduras and Guatemala have a disproportionately high number of cities on the list given their tiny sizes. Drug trafficking and weak public institutions are important causes in these countries. But impunity and histories of civil war and divisive social issues also play into the high violence rates in these small countries.

The range of violence in Latin America is large, but there are various factors that can be generalized across the region. Foreign aid from countries like the United States can help alleviate some of the common causes of violence. For instance, Venezuela’s economy has reached its last $10 billion. Providing food and economic support to the Venezuelan people could help stabilize the country and lead to more democratic and peaceful state than the violence currently ravaging the country. More than anything, people in Venezuela and the region at large need money and resources to stem the tide of violence across Latin America.