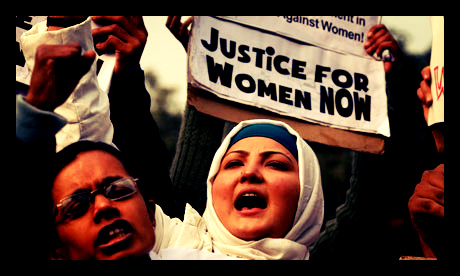 The current main goal of the World Alliance of Cities Against Poverty is to make cities safer, smarter, and more sustainable, which would call for mass cooperation between residents, their governments, and the private sector. It’s extremely important to include women in the decision-making process because this is an issue that affects them directly. Involving them will help to make sure that the resulting responses can better ensure inclusive public safety.

After the shooting of Pakistani education activist and schoolgirl Malala Yousafzai and the gang-rape of a 23 year old girl in New Delhi, India, public outrage led women to the streets to protest such violence. It’s tragic that many cases of violence against women and sexual harassment take place but rarely make news headlines. Issues regarding sexual harassment and violence against women are rarely taken seriously and thus not really addressed by many policies and stringent laws.

One of the responses to such violence was the Safe Cities global initiative, which was launched by the UN and initially targeted Egypt, Rwanda, India, Ecuador, and Papua, New Guinea. It’s been noted that these types of issues call for a community response, not just an international one. By involving locals, better and more practical responses are generated to tackle violence against women. For example, some responses included improving street lighting, training and sensitizing police officers, and hiring more women officers. It’s equally important to shift families’ attitudes from blaming girls and women and responding to violence by keeping their daughters at home to a response that ensures general public safety and one that carries justice.

Different cities are tackling this issue in their own way: the Cartas de Mujeres, Letters from Women, is a campaign taking place in Ecuador encouraging women to write letters to their government to better address violence against women, also taking into account violence that takes place in public. In another response, UN Women and Microsoft are partnering up with innovative ideas such as the “use of mobile technology to stop sexual harassment and violence in public spaces.” In Dublin, Lord Mayor Naoise Ó Muirí expressed desire to become a part of the Safe Cities initiative which would make Dublin the first Western European city to join.