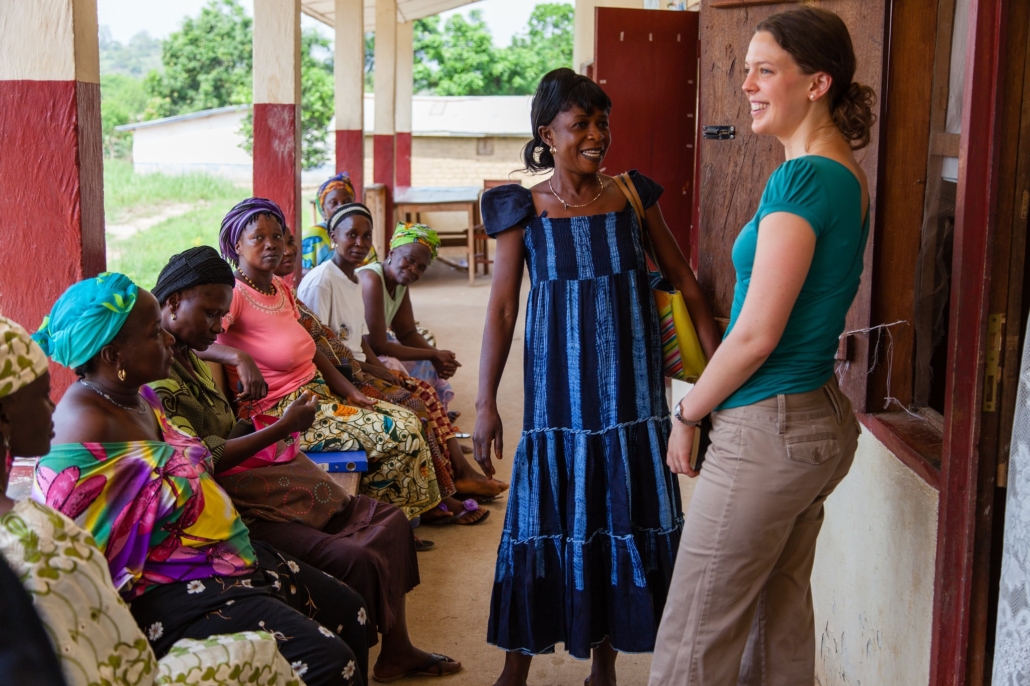 Sierra Leone’s decade-long civil war (1991-2002) commenced a humanitarian crisis that severed its relationship with the international community. The conflict decimated the country’s infrastructure, stinted its agricultural economy and killed over 50,000 citizens. At its end, the war left a legacy of destruction and bequeathed to its predominantly young citizens a highly underdeveloped economy with no strategy for reconstruction. As a result, for the last century, Sierra Leone has desperately needed economic aid for reconstruction to repair its infrastructure and stimulate economic productivity. In response, USAID has worked alongside Sierra Leone’s administration, granting foreign aid to help with development and poverty alleviation. Following USAID’s intervention in Sierra Leone, the country evolved and is slowly incorporating itself back into the international community.

Infrastructural development fosters steady trade and higher profits and enhances the economy. Consequently, it increases wages and results in a higher quality of life for people.

In recent years, the relationship between infrastructural development and poverty alleviation has become noticeable in Sierra Leone. In 2015, the United States Government’s Millennium Challenge Corporation gave the underdeveloped country $44.4 million to rebuild infrastructure, homes and highways. As a result, Sierra Leone has made significant strides, creating a network of highways as well as the Freetown Port, which could increase boat traffic by 30%. In 2021, the United States International Development Finance Corporation (DFC) also pledged to give $217 million for a new power plant in Freetown, “providing power generation to meet approximately 24 percent of projected electricity.”

With the help of foreign aid, Sierra Leone also published the “New Direction” manifesto, an infrastructure plan that will connect valuable mining belts through a series of roads and construct a new railway line through its provinces. Infrastructural development has also let Sierra Leone adopt humanitarian initiatives, evident in its establishment of the Ministry of Water Resources in 2013. Although the project has a pending deadline, it promises to provide 21,000 m3 of portable water, which will serve 420,000 citizens located in the East of Freetown communities.

Such initiatives will allow for trade efficiency and economic independence, which will augment Sierra Leone’s economy, alleviate poverty and let the government provide for its citizens. USAID’s intervention in Sierra Leone has resulted in infrastructural reconstruction initiatives, which will continue to fuel economic and social uplift.

To further assist economic growth, the United States invested $12 million for development in Sierra Leone’s agricultural sector, which accounts for 60% of the country’s GDP. These funds will let Sierra Leone buy the technology and equipment it needs to expand its agricultural sector onto previously uncultivated lands, which make up 75% of the country. Such an expansion would decrease the percentage (80%) of foodstuffs it imports from other countries and allow for further economic self-reliance. A thriving agrarian sector would also derive higher profits and provide the funds for higher quality fisheries, improved mining techniques and other large-scale business enterprises.

Overall, these economic developments, which USAID’s intervention in Sierra Leone spurred on, have positively affected its economy, which has increased 5.1% to a GDP of $4.2 billion. In 2016, labor employment grew to 2.472 million, contrasting the 1.985 million employed in 2004. Recently, only 4.47% of the total labor force did not have employment. These numbers hold a bright future for Sierra Leone’s economic productivity and, as such, promise to eradicate the poverty that has long plagued its borders.

By helping improve Sierra Leone’s health services, USAID not only saves lives and neutralizes viral diseases but also contains them before they infiltrate the international community. USAID’s intervention in Sierra Leone has let the country prosper and move away from its dark past. Sierra Leone’s civil war ravaged its infrastructure and economy, while Ebola exposed the weakness of its medical sector. However, organizations such as USAID have significantly impacted reconstruction, thereby promising a brighter future for countries that have been long underdeveloped.

Although USAID’s intervention in Sierra Leone has proved beneficial, more progress is necessary. Funding from countries and organizations will be beneficial for Sierra Leone so that it can prosper well into the future.