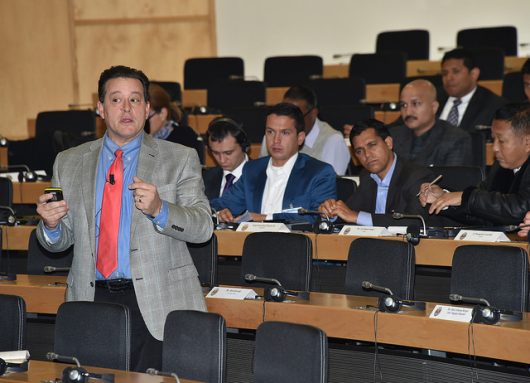 Drug trafficking operates on an international level and involves numerous individuals and groups, or cartels. According to the United Nations Office of Drugs and Crime, drug trafficking is a “global illicit trade involving the cultivation, manufacture, distribution and sale of substances, which are subject to drug prohibition laws.

Afghanistan, one of the most impoverished countries in the world, is also one of the largest producers of opium. As violence has taken over the region since the mid-1980s, causing turmoil and rising costs of living, farmers have increasingly turned to growing opium poppies as a more lucrative option than producing food. Heroin is then produced from the opium and internationally trafficked. Trafficking to Europe takes place along the Balkan and northern travel routes from Afghanistan to Russia and western Europe. These two markets combined have an annual value of approximately $33 billion per year. The other top heroin producers in the world are Myanmar and Laos.

Cocaine is primarily produced in South American countries such as Columbia, Bolivia and Peru. The majority of the drugs trafficked from these places end up in the United State and Europe. In 2008, it was estimated that almost 17 million people worldwide were cocaine users, similar to the number of people who abuse opiates on a global scale. North America made up 40 percent of that population and Europe approximately 25 percent.

The magnitude of the problem resulting from the international drug trade for other countries, such as Mexico, is evident when examining the statistics associated with violent crimes related to drug trafficking. In 2011, there were more than 50,000 drug-related murders. That number has climbed to 200,000 drug-related murders since 2006. The competing cartels initiated the violence throughout Mexico and are therefore the predominant cause of economic insecurities and instability throughout the nation.

The issues associated with the drug trade have a ripple effect on those outside the cartels as well, worsening the overall problem. Extreme poverty to the point of not being able to buy food is experienced by about 30 percent of the population in Mexico as a result of drug cartel activity, with an estimated 40 percent facing basic poverty in terms of lack of healthcare and education. Mexican citizens who may otherwise be honest, law-abiding workers may succumb to the temptation of the drug trade, as what may appear to be their only option for survival.

Moreover, governments abroad are rife with corruption. As such, the stabilization of the economy for the masses is less of a priority than increasing the personal wealth of those benefiting from the illicit drug trade. Accordingly, poverty ensues. To address these concerns, in 2003, the Paris Pact Initiative was enacted into law as a means to combat the global illicit drug trade. The Paris Pact has 58 participating countries and 23 organizations.

The Vienna declaration of 2012 resulted in the development of four pillars designed to work towards finding solutions in the fight against the international drug trade, specific to the illegal trafficking and sale of opiates.  The first pillar is to strengthen already existing regional initiatives. The second pillar is to detect and block financial flows linked to the trafficking of opiates. The third works to prevent the diversion of precursor chemicals used in illicit opiate production. The final pillar is to reduce the abuse of such drugs through a multi-faceted approach. This initiative has been implemented in phases thus far.

The international drug trade is not operating unnoticed by any means. However, the power that the leaders behind the scenes have and the wide user base makes the fight against this type of crime particularly complex. Of greater import, the mobilization of the groups involved and their presence in every corner of the globe creates further difficulties. With that in mind, the United Nations Office of Drugs and Crime has made great strides in raising awareness and addressing each area of the drug trade that causes problems for the rest of society. The most recent Vienna Declaration of the Paris Pact Initiative is a thoughtfully devised, comprehensive approach to creating a safer world, especially for those already subjected to the harsh realities that poverty as a byproduct of the international drug trade creates.

The United States plays a key role in leading other countries to monitor and deter criminal activity related to the sale and trade of illegal substances through the work of the Bureau for International Narcotics and Law Enforcement Affairs. As a result of the United States’ partnership with other countries, a collaborative approach is made possible in combatting this significant societal problem because of the sharing of information and resources cross-continentally.

Other aspects that are associated with the illegal trade of illicit substances that involve financial matters, such as money laundering, are addressed by this department as well. An additional benefit of this collaboration of departments throughout the world is that it holds other countries accountable for monitoring illegal activity through their own governments or agencies and thus acts as an incentive to ensuring safety. The bureau also provides assistance to countries that may need extra resources to control criminal activity. Through this ongoing assistance, the world can continue to make progress towards resolving this multi-faceted global issue.