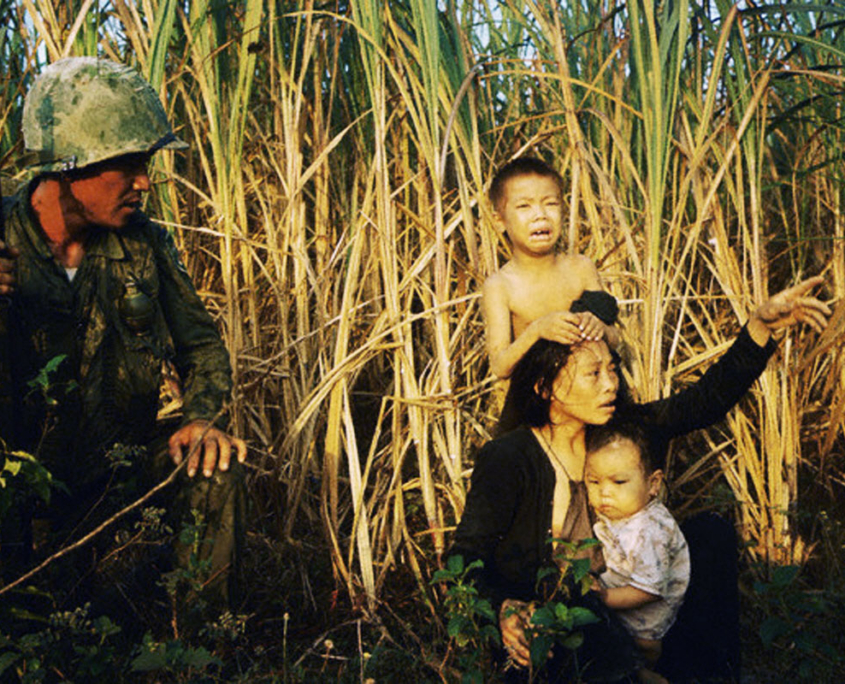 Countless Vietnamese people fell victim to the Vietnam War, which devastated Vietnam for two decades. Millions not only fell victim to conventional weapons of war, but millions have also suffered from the unconventional methods of that war, namely herbicidal warfare. Decades later, the United States government is working toward rectifying that wrong by assisting those who have suffered from the gas. Primarily, the U.S. is working through the United States Agency for International Development (USAID) by providing restitution for victims of Agent Orange.

The Vietnam War has its roots in post-World War II when Vietnam temporarily split into two separate entities. Communist guerillas controlled the North, while the French Backed Emperor Bao Dai controlled the South. As the conflict between the two grew, the French became further entwined in the conflict, eventually leading the fight. Although a small, largely untrained force, the communist group, led by the charismatic leader Ho Chin Minh, successfully fought the French, winning the decisive Battle of Dien Bien Phu in 1954. Both sides signed the treaty at the Geneva Conference in 1954 and created an officially split Vietnam with promises of a nationwide election and reunification in 1956.

Although U.S. involvement in Vietnam was initially marginal, the CIA provided training and equipment to the South government, then controlled by Ngo Dinh Diem. Afterward, the U.S.’s involvement quickly escalated. After the torpedoing of two U.S. warships in the Gulf of Tonkin, the United States began bombing campaigns and eventually deployed over 2.7 million soldiers throughout the war.

Agent Orange in the Vietnam War

The war officially lasted from 1955 to 1975, and over the two decades, nearly 3 million Vietnamese died, 2 million of whom were civilians. Although conventional warfare was primarily responsible for these deaths, herbicidal warfare provided its contributions. The United States dropped 20 million gallons of herbicides across the country, subjecting over 4 million Vietnamese to the toxic compounds. Primarily, the U.S. government used Agent Orange, an orange herbicide comprising two different types of herbicides, 2, 4-D and 2, 4, 5-T, containing the poisonous chemical compound dioxin.

Although the U.S. stopped using dioxin in 1971, Agent Orange has had disastrous effects on the Vietnamese population. Everything from multiple forms of cancers, congenital disabilities, soft tissue sarcomas and peripheral neuropathy links to Agent Orange. The effects are widespread. Of the 4.8 million people across Vietnam that have had exposure to the herbicide, 3 million are suffering deadly diseases as a result. Tragically, the herbicide spans generations as many born two generations removed from the conflict suffer from congenital disabilities and health problems directly from Agent Orange. The lifespan of dioxin is complicated, but in human bodies, it can last up to 20 years, while it can last more than 100 years in sediments of bodies of water. It has contaminated soil, water supplies and food.

Vietnamese organizations have made multiple attempts to receive financial reparations for the Agent Orange that the U.S. used during the war. In 2004, a Vietnamese group sued over 30 companies involved in the production and manufacturing of Agent Orange; they alleged that the chemical agent’s use constituted a war crime. A Brooklyn district court dismissed the case in 2005.

Nevertheless, as Vietnam and the U.S. improve their bilateral relations through USAID, the U.S. has taken on the initiative to help clean up the residual dioxin. In 2019, national security advisor Robert O’Brien announced that over $110 million of the USAID budget would go toward cleaning up the primary site for the storage of Agent Orange during the war, Bien Hoa Airbase Area. The joint project between USAID and Vietnam’s Air Force Air Defense Command will take up to 10 years. USAID is building upon the successful 2018 project with the Vietnamese government to clean up the area around the Da Nang Airport.

More so, it is providing relief for the victims of Agent Orange. The Obama Administration started this with the Trump Administration continuing the program. Afterward, the Biden Administration renewed the program. The U.S. Agent Orange/Dioxin Assistance to Vietnam report from the Congressional Research Service claims that aid for health-related services and assistance began being appropriated to USAID to use in Vietnam in 2009 but has continued with the dedication of a total of $94 million for just health-related services since 2011. Each year, the total has increased, apart from 2011 and 2013 when it dropped by $200,000. The most recent appropriations came in December 2020, dedicating $14.5 million to health-related activities. However, the majority of the appropriations went toward funding medical infrastructure and capacity building.

More recently, USAID has moved to direct assistance. In April 2019, USAID announced a memorandum of intent to support people with disabilities. Shortly after, USAID set up staff in the country to collect information to understand the problem better. With this knowledge, the organization announced a grant to fund initiatives to improve the quality of life for those dealing with dioxin’s adverse effects. As Xuan Dung Phan describes it, “USAID will work with local NGOs to provide hospital-based/home-based rehabilitation, palliative care, home modifications, training, personal assistance services and assistive products.”

Although the U.S. government has refused to accept responsibility, through USAID, it has provided life-changing service for the millions of Vietnamese dealing with the residual consequences of its Agent Orange spraying during the Vietnam War. Thus, USAID is providing restitution for victims of Agent Orange.