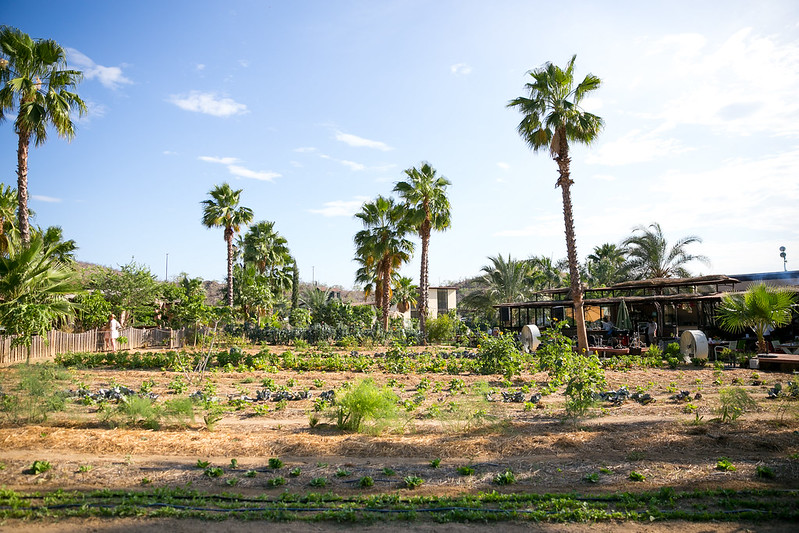 Mexico is a large country home to more than 130 million people. Of the population, roughly 44% live in poverty and about 10.4 million Mexicans endured severe food insecurity in 2018. COVID-19 worsens these issues, exacerbating concerns of food security and availability. Researchers are now studying the effects of vertical farming as new companies attempt to introduce vertical farming in Mexico.

What is Vertical Farming?

Vertical farming is a method of production in which crops are grown within stacked layers on top of one another. In contrast to traditional methods, where food grows across a singular plane such as a field, the vertical method enables fruits and vegetables to grow in more confined spaces, such as skyscrapers, multi-level warehouses and even shipping containers. In these environments, plants are exposed to artificial lighting and controlled temperatures to produce the best yield. The purpose of this method is to grow more food within smaller areas.

How Can Vertical Farms Help Mexico?

Vertical farming has gained traction in recent years because it gives people the opportunity to grow food in urban cities and areas where the population is rapidly increasing. Estimates indicate that Mexico’s population could rise to 150 million citizens by 2050, therefore, it is important to ensure that food production increases over the next several decades. While vertical farming allows growers to be closer to their consumers, it also alleviates some of the problems brought by agricultural farming. For example, Mexico loses billions of liters of water every year because of the poor irrigation of traditional farming methods. By introducing more vertical farms in Mexico, water waste in agriculture will drastically reduce.

Water reduction is not the only benefit of vertical farming as there are several negative aspects of traditional farming that indoor farming completely avoids. Introducing vertical farms in Mexico can lead to a decrease in fertilizer and pesticide use, which will reduce water, soil and air pollution. Additionally, since vertical farms are much closer to urbanized areas, there will not be as great of a need for agricultural machinery or transportation to deliver goods. This will reduce overall carbon emissions.

In Mexico, 34% of food produced through agricultural farming never reaches the consumer because of problems that occur during production, processing, storing and transporting. Implementing more vertical farms in Mexico can help address this problem by reducing the need for agricultural farming. Additionally, vertical systems can create job opportunities for many people, leading to profitable activities that can positively impact the nation’s economy. Overall, vertical farming can improve the quality of life for many Mexicans by giving them access to locally produced fresh food.

What are the Downsides?

Although vertical farming has a lot of potential in Mexico, it is not without drawbacks and cannot fully replace agricultural farming. This is because indoor farming technology is limited to producing specific fruits and vegetables, primarily leafy greens. While one might be able to produce lettuce, kale and different types of herbs, there are several plants that cannot grow under the artificial conditions that vertical farms create. Potatoes, corn and other root vegetables, for example, rely on traditional agricultural farming.

Limited variety is not the only issue that vertical farming presents. Because vertical farms consume so much energy and electricity, setting them up can cost millions of dollars. In urbanized areas, starting up indoor farms can be more expensive, making marginal profits lower and leading to fewer people who want to invest. Another issue with indoor farming is that it relies too heavily on technology. One day without power or LED lighting can be absolutely devastating and result in the loss of thousands of plants. Despite this, companies are starting to open up vertical farms in Mexico, with some expanding dramatically during the COVID-19 pandemic.

In recent years, several businesses have emerged in response to Mexico’s need to address food insecurity. One example is Verde Compacto, a vertical farming company that uses shipping containers to grow crops. This method enables founders Juan Gabriel Succar and Jorge Succar to grow 5,000 square meters worth of lettuce within “a 30 square meter sea freight container.”

The business is now working on a project to reduce its LED light use by 75%. Today, Verde Compacto is collaborating with its consumers to build container farms best suited to their needs. It is also looking to bring down the price of produce in countries outside of Latin America, expanding to regions such as Northern Europe in light of the pandemic.

Another vertical farming company is Karma Verde Fresh, a startup based in Monterrey, Mexico. Since its founding in 2016, Karma Verde Fresh has developed its own method of indoor farming and has successfully increased its number of vertical racks by almost 90%. In 2019, the company opened its first laboratories, two at the campuses of the Autonomous University of Nueva León and one at the Antonio Narro Agrarian Autonomous University in Coahuila.

During the pandemic, Karma Verde Fresh signed a contract with the Inter-American Institute for Cooperation in Agriculture to collaborate and build cultivation systems in food banks in Mexico’s most impoverished regions. The partners are now working to institute a Vertical Agriculture Tech and Trainer Certification Program in Mexico City. Karma Verde Fresh’s current goal is to install vertical farming systems in universities across Mexico, Central America and Chile between 2021 and 2023.

Ultimately, vertical farming is slowly integrating itself into Mexico’s future and is capable of addressing many of the nation’s problems. The benefits vertical farming hold for the nation is truly promising, potentially inspiring other countries to follow suit.