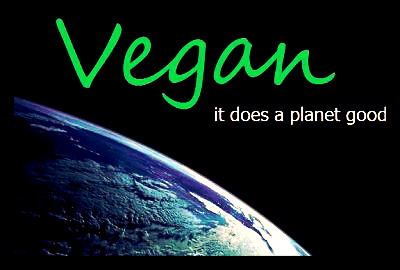 Although many people used to eating meat, poultry and dairy products, it is becoming common to exclude animal products from one’s diet. People often mention health benefits, sympathy for the animals or sometimes even weight loss as their primary reasons for going vegetarian/vegan. However, as more and more natural disasters occur, it has become clear there are more pressing reasons for considering the lifestyle change:

1. According to the Worldwatch Institute, more than half of all global greenhouse gas emissions result from animal agriculture.

2. Raising animals for food is “one of the top two or three most significant contributors to the most serious environmental problems, at every scale from local to global,” says a representative from the United Nations.

3. According to a study conducted by the University of Chicago, going vegan has an insanely positive effect on carbon dioxide emissions into the atmosphere, For comparison, switching from a normal car to a Prius reduces said emissions by circa one ton, while going vegan prevents 1.5 tons from entering the atmosphere.

4. A study done in 2008 in Germany found a carnivore is responsible for seven times more greenhouse gas emissions than an herbivore.

5. Military “Meatless Mondays” – an entire army already pledged last year to eat vegetarian one day per week. Norway, belonging to the highly globally aware Scandinavia, is making serious efforts in reducing its carbon footprint. If an entire military can withhold from eating animal products for the sake of the environment – even for just one day – then everyone else should be able to, also.

6. As a bonus, one’s health improves together with the world’s. Numerous studies exist that show the long-term benefits of omitting animal products from one’s diet, including more energy, better skin and an overall stronger body.

Just a few decades ago, making the change would be considered a fuss: not enough resources were available to fully complement an animal-free diet. Today, numerous supplements and alternatives are sold worldwide, easily accessible and with a pleasant taste. Perhaps going vegan right away could be a bit difficult, but at least sampling vegetarianism might be a good start for those concerned with the health of the planet.