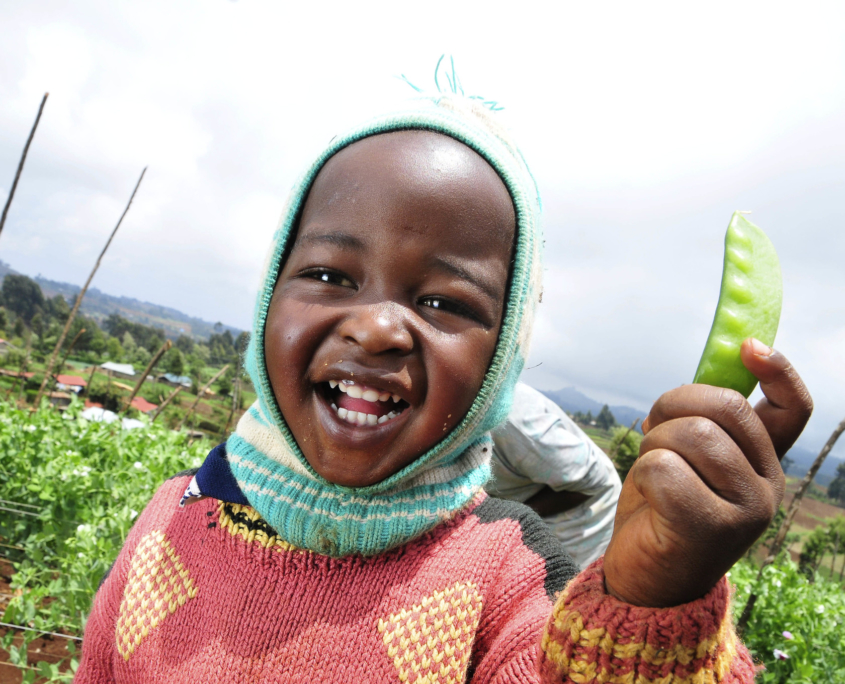 Vegetarianism is more than just a fad diet. Plant-based foods typically have high levels of nutrients and are cheaper and more accessible than other foods. Pivoting agricultural preferences to focus on plant-based foods has many provable benefits. But can vegetarianism help feed the hungry? The answer is yes.

A very high demand exists for meat currently. In the Amazon, approximately 60% of deforested land is pasture. Animals that farmers raise for consumption on this land eat various types of cereals, which provide very little nutritional return for humans. Meat is also calorically insufficient. As of 2013, 36% of the calories from crops worldwide go toward feeding animals, but only 12% of those calories contribute to the human diet as meat and other animal products. Therefore, land and resources going towards an inefficient nutrition source.

It is no secret that animal diets also have severe environmental consequences. Greenhouse gases from livestock farming contribute to environmental damage that disproportionately affects impoverished areas. Moreover, it eats up money that could go toward improving living conditions for those living in poverty. In this way, a vegetarian diet can help the world’s hungry; it frees up resources that countries can instead allocate to distributing plant-based foods. Research at Oxford University has shown that widespread adoption of vegetarian diets can save trillions of dollars globally each year. After assessing different scenarios, researchers concluded that widespread veganism could avoid more than eight million deaths by the year 2050, and a vegetarian diet could save 7.3 million lives.

One does not have to give up all animal products in order to reap the benefits of a plant-based lifestyle. The fact is that current agricultural methods induce environmental challenges that disrupt both the natural and man-made food chain. Simply reducing the number of animal products consumed can help. Going “flexitarian,” or plant-based except for special occasions, makes a difference too. Whether it is one vegan day a week or one meat-based meal a day, a flexitarian plan exists for everyone. In addition, the planning ahead this would require helps minimize food waste.

Giving up meats and dairy products may seem daunting. However, not only are animal products ineffective in feeding the world but such products consume more calories than they provide. In essence, it is true that vegetarianism can feed the hungry. Adopting vegetarian diets would not only help the world’s hungry but also make individuals healthier and the environment stronger. 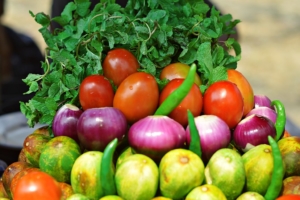 Many people (820 million) around the world fall asleep hungry every night. Some have taken significant steps to help feed those who lack the significant food necessary to survive, but those steps have not yet been enough to completely combat hunger and poverty. One easy step that every person could take to make a small difference in helping the hungry, though, would be eating plant-based. Studies show that decreasing one’s meat intake could ultimately help save lives and feed those who cannot afford to feed themselves.

The Effects of Meat-Eating on Poverty

In addition to insignificant wages for farmers, industrial animal agriculture creates problems such as how it can detrimentally affect the environment and human health, put small family-run farms out of business and use food sources inefficiently. According to a joint report of the Organization for Economic Co-operation and Development (OECD) and the Food and Agricultural Organization of the U.N. (FAO), cheap food, such as legumes and cereal, could feed hungry people, but instead feeds livestock. The result of eating more plant-based is that one will waste less energy, save more water and gain additional space and money.

Although the rise of meat production is doing more harm than good, the rise of veganism and vegetarianism is uncovering data that highlights the benefits of eating plant-based. According to a report in The Lancet, “almost two-thirds of all soybeans, maize, barley, and about a third of all grains are used as feed for animals.” Another study highlights that eating less beef and more legumes would open up 42 percent more croplands, which could grow plant-based foods to feed more people.

In addition to opening up more croplands, eating more plant-based can allow farmers to grow more food with the land that they have. According to the U.N. Convention to Combat Desertification, it takes 56 million acres of land to grow feed for animals in the United States alone, while farmers use only 4 million acres to produce plants for humans to actually eat. By using this land for plant-based foods rather than meat, farmers could harvest a much larger quantity of food and feed those who are hungry and in poverty.

Every Step Makes a Difference

Scientific research has found that eating plant-based can make a huge impact on human health, the environment and poverty. Although veganism and vegetarianism may not be an option for everybody, every small step can make a huge difference in feeding the hungry and saving lives.