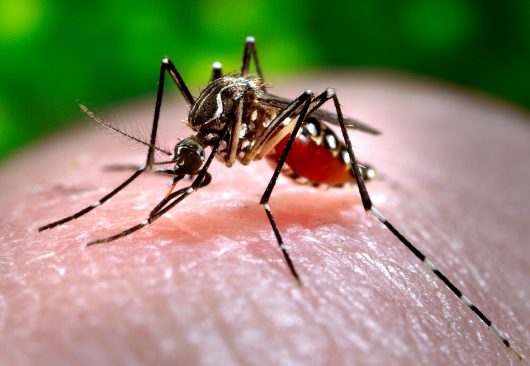 The theme of this year’s World Health Day, held annually on April 7th, was to promote the awareness of vector-borne diseases. Vector-borne diseases are transmitted through the bites of infected mosquitoes, flies, ticks and water snails, among other disease-carrying pests.

This year the World Health Organization (WHO) promoted the slogan “small bite, big threat,” in the hopes that they would be able to increase awareness on how people across the globe can protect themselves and their families from these pests and the viruses that they may transmit.

Vector-borne diseases have radically increased in the past few decades, aided by an increase in urbanization, international travel and environmental changes.

More than one billion people each year are affected by these diseases, which include malaria, dengue fever, Lyme disease, schistosomiasis and yellow fever.

Efforts to control the spread of these diseases have included the distribution of bed nets and insecticides, the use of body repellents and protective clothing, and the push for clean water and adequate sanitation.

WHO Director-General, Dr. Margaret Chan, noted, “A global health agenda that gives higher priority to vector control could save many lives and avert much suffering. No one in the 21st century should die from the bite of a mosquito, a sand fly, a blackfly or a tick.”

The focus this year is on dengue fever, which is currently the most rapidly spreading vector-borne disease in the world.

Dengue fever, also known as “breakbone fever” due to its symptoms, is a severe flu-like disease marked by vomiting, bleeding, body aches and difficult breathing. There is no known vaccine or cure available.

During the past 50 years, dengue fever has spread rapidly to more than 100 countries. Prior to 1960, dengue had seen some 15,000 cases, whereas now over 380 million cases of dengue fever persist.

The U.S. Centers for Disease Control and Prevention (CDC) is currently working on a vaccine for dengue fever in partnership with a company specializing in vaccine development, Inviragen. They have gone through clinical trials in a number of countries including Singapore, Colombia, Thailand and Puerto Rico, and analysis of those findings is still underway.

The International Federation of Red Cross and Red Crescent Societies is campaigning alongside the WHO to address this growing concern.

Previous programs to curb the spread of vector-borne diseases have proven successful, for example, the United States’ effort to combat malaria.

Malaria is the most deadly of vector-borne diseases, killing 1.2 million people every year. Multiple campaigns have been launched to prevent the spread of this disease, including the President’s Malaria Initiative (PMI) and the Global Fund to Fight HIV/AIDS, Tuberculosis and Malaria. PMI has distributed more than 120 million bed nets since 2006, as well as delivered more than 135 million doses of combination drug therapy.

These success stories provide hope for current efforts to control other vector-borne diseases such as dengue fever and schistosomiasis.

Sources: Mission of the United States, Voice of America