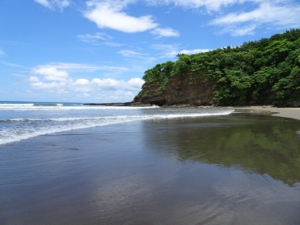 Surf tourism is booming across the globe. Once the sport of wandering beach bums, it now generates $10 billion a year and will make its Olympic debut at the 2021 Summer Games in Japan. Despite the surf industry’s success, a few key issues have occurred between surf tourism and poverty.

With popularity comes overcrowding, and beaches can only hold so many surfers without creating unsafe conditions. As a result, many first-world surfers are opting to spend the extra money to travel where population density is lower. Yet, behind these exotic destinations, locals are losing their homes and living in poverty.

Countries like Nicaragua, Papua New Guinea and El Salvador are particularly experiencing the negative effects of surf tourism. Fortunately, it doesn’t have to be this way. Through collaboration between governments, surf businesses, travelers and residents, surf tourism and poverty can be dealt with responsibly and bring much-needed economic stimulus to impoverished surf meccas.

Nicaragua, one of Central America’s most impoverished countries, is an up and coming surfing destination. The nation sits between the Pacific Ocean and the Caribbean Sea, giving surfers an abundance of waves to choose from. However, social injustice and extreme poverty threatens Nicaragua’s budding surf tourism industry. In the past two years, a student-led uprising has been protesting against Nicaraguan President Daniel Ortega’s regime. Since then, the nation’s economy contracted by 10 percent, and foreign direct investment has fallen by 50 percent. Compared to 2017, the country’s tourism earnings have dropped 45 percent in 2020. Before the political turmoil, Nicaragua was predicted to become the next Costa Rica, but now the country is struggling to keep its head above water.

Hope lies in local Nicaraguan businesses persevering through the tough economic times. Local surfer Germán Sánchez opened a guest house in his hometown of Asseradores to cater to backpackers and surfers looking to score at a world-class beach break. The Boom Hostel is one of the few Nicaraguan-owned bed-and-breakfasts and is becoming a prime pit stop for travelers to surf, eat and lodge. This hostel provides access to amazing waves while supporting the local economy and community.

In Papua New Guinea, the Surfing Association of Papua New Guinea (SAPNG) has created the first-ever national surf management plan. One of the main goals of SAPNG’s plan is to “further social and economic development at the grassroots level” through the associated surf clubs of the SAPNG.

The Vanimo Surf Lodge is one of the affiliated village clubs responsible for upholding the plan’s tenets. Vanimo charges visitors 20 kinas ($8.50 USD) per day to surf the village’s reefs and beach breaks. The funds go to local landowners and stakeholders in the community. According to SAPNG, indigenous groups own the beaches and reefs and are responsible for maintaining them. The Vanimo Surf Lodge has been successful in raising funds for the community. With help from local leaders and Walu-International, it raised $17,000 to deliver working toilets to the village’s 1,500 residents. Unfortunately, land disputes, local reluctance and national corruption have prevented the public restrooms from being completed.

The U.S federal government has invested into El Salvador’s infrastructure through the Millenium Challenge Corporation (MCC). The MCC contributed $3 million last year to a $10.8 million project to develop a coastal area of the El Zonte region. California hopes to continue this trend of foreign aid by encouraging surf tourism development in the country.

There are challenges in management and implementation for surf tourism. Many impoverished communities are abused by outsiders coming in to exploit their natural resources. Fortunately, surf tourism has the chance to be different. The fact that surfing can attract tourist dollars to better local economies is a great benefit for impoverished nations. Surf industry leaders building trust with local residents are laying the groundwork for a socially responsible model of surf tourism. Surfing and the business that follows it can give at-risk communities a stronger sense of identity and empowerment.