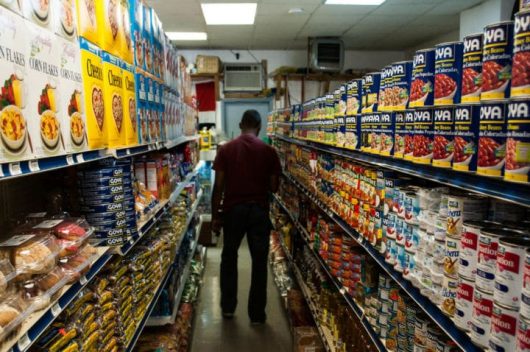 Global malnutrition rates “remain alarming” in 2017, according to research done by UNICEF, the World Health Organization and the World Bank. Fourteen million children in Africa are too thin for their height, and 4.1 million of these children are said to be in critical condition. Fifty-nine million are “stunted” or failing to grow both physically and cognitively due to acute malnutrition. In 2016, one-third of the world’s stunted children under the age of five lived in Africa.

Progress is being made to find innovative and cost-effective ways to get starving and stunted children the nutrition they need. Ready-to-use therapeutic foods such as pastes and pills providing protein, vitamins, minerals and fat are given to individuals suffering from severe acute malnutrition. The nonprofit VALID Nutrition fights malnutrition in Africa as the first organization to develop, manufacture and distribute such foods exclusively on the continent.

Funded by the Global Innovation Fund, VALID Nutrition received a grant of over $155,000 to test a new supplement in Malawi. The new high-nutritional food is made of local ingredients to reduce the cost of manufacturing.

According to VALID Nutrition, the nonprofit “sources ingredients for its products from indigenous smallholder farmers and local suppliers. This brings major advantages in terms of food security for farmers and, critically, a developmental multiplier effect to local economies— a sustainable approach in the broadest sense.”

Currently, two-thirds of all ingredients for ready-to-use therapeutic foods are sourced from developed countries, whereas only one-third is sourced from crops in developing countries, according to VALID Nutrition.

In Malawi, the nonprofit built a factory in the capital city of Kanengo, which in 2016 produced 8.5 million units of ready-to-use therapeutic foods. This food then treated 80,000 children suffering from severe acute malnutrition. VALID Nutrition fights malnutrition in Africa on a large scale, which continues spread to other countries.

In 2016, VALID Nutrition launched a new ready-to-use therapeutic food supplement in Malawi with the aid of Dr. Peter Kumpalume, MP and Minister for Health, Malawi.

“VALID Nutrition’s Social Enterprise model, whereby they source and manufacture locally, is one we very much admire,” stated Kumpalume in a press release. “Not only does it contribute to economic development and avoid the need to import, but thanks to the innovative approach, the company has also got the potential for export.”