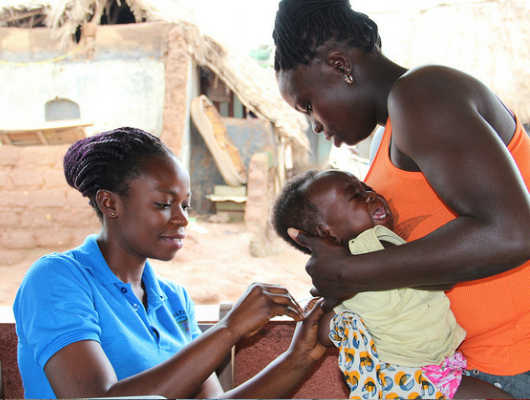 The recent breakout of yellow fever in Africa highlights the urgent need to continue routine immunizations.

Yellow fever is an acute viral hemorrhagic disease transmitted by mosquitoes. “Yellow” refers to jaundice that occurs as a side effect of the disease. According to the WHO, there are an estimated 200,000 cases of yellow fever, causing 30,000 deaths, worldwide each year, with 90 percent occurring in Africa.

The first “acute” phase of the disease usually causes fever and muscle pain with a backache, headache, shivers, loss of appetite and nausea or vomiting. However, the second “toxic” phase, which affects 15 percent of patients, is deadly.

The patient develops jaundice (a yellowish discoloration of the skin) and abdominal pain with vomiting. Bleeding occurs from the mouth, nose, eyes or stomach and kidney function deteriorates. Half of the patients who enter the toxic phase die within 10 to 14 days.

Yellow fever is difficult to diagnose and there is no specific treatment. The only thing that can be done after contracting the disease is treating the symptoms. That is why vaccines are the only means of protection against the disease.

Past success in combating yellow fever was due to vaccines. According to Gavi, a global Vaccine Alliance created in 2000, mass yellow fever vaccine campaigns in 14 African countries have lowered risk of outbreaks by up to 82 percent and over 30 million doses from the emergency stockpile have been administered.

However, there has been an increase in yellow fever cases in the past few years. Some blame complacency and lack of awareness for the disease’s comeback. 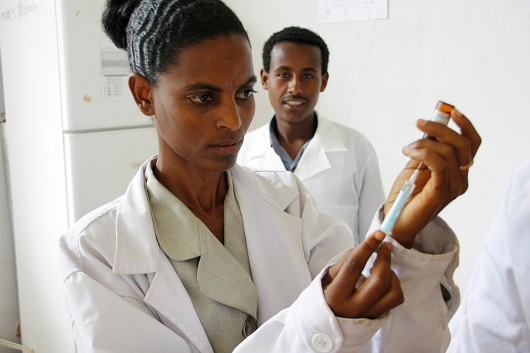 “The resurgence of yellow fever in Africa is a classic tale of complacency: not only the routine immunizations aren’t kept up with the required levels, but the vaccine supply doesn’t match the world’s requirements. According to UNICEF, the world needs about 64 million yellow fever vaccine doses, but only 35 million are produced—42 percent under the required quantity.”

Aid is crucial for problems like this. What’s more, the size of this problem is not too big to handle through aid alone. This disease could be wiped out with something as simple as routine vaccinations.

The U.S. has plenty of resources to knock this problem out but has not utilized enough of its budget for the benefit of suffering countries. 51 percent of U.S. discretionary spending in 2015 went to national defense. Five percent went to international affairs, which accounts for more than just foreign aid.

The private sector tends to do more in terms of aid than the government. In response to the spike in yellow fever cases, the Gates Foundation has stepped in to help with a $1.6 million investment in Senegal’s manufacturer of the vaccine, says Quartz.

While this investment will help hundreds of thousands of at-risk people, it won’t last forever. That is why a long-term solution calls for awareness. Gavi’s business challenge puts awareness at the forefront as the foundation of its sustainable solution. Getting vaccines on countries’ agendas is the first step of its co-financing model.

Although it seems like diseases are something that we just have to live with, we have to realize all that we are capable of. Organizations like Gavi and the WHO have made so much progress already. Knowledge and prevention lead to solutions, and with a collective effort, humans can win against diseases. We can defeat yellow fever.