According to sociologist Johan Galtung, structural violence occurs when there is a difference between actual reality versus potential reality. If the actual reality is unavoidable, then no violence is present. If the actual state of affairs is avoidable, then violence is present. Today, vaccines exist to prevent diseases such as measles, diphtheria, polio and tuberculosis, yet 2 million people from all over the world die annually from these conditions.

These deaths are not the result of a vaccine shortage, but rather are due to the inability to properly store the vaccines. In order to effectively prevent disease, vaccines need to be stored at very specific temperatures, controlled through refrigeration, from the time they are manufactured to the time of injection. This is typically described as the cold chain, and is difficult to maintain when traveling to more remote regions.

In an attempt to eradicate the structural violence, and in response to an outraged Sean Penn following the death of Oriel, a 15-year-old Haitian boy, by diphtheria, Harvey Rubin, an infectious disease doctor at the University of Pennsylvania, sought to address the problem. Rubin realized how prevalent cell phone towers were around the world and because in developing nations there are often blackouts, telephone companies often provide their own sources of power. After consulting engineer and mathematician Ali Jadbabaie, the two discovered that the power generated from these cell phone towers would be enough to power a refrigerator that could store vaccines. Moreover, the high frequency with which cell towers are distributed provides a chance to prevent the cold chain from breaking. Through delegating responsibilities to a larger team, spearheaded by undergraduate student Alice Conant, their efforts resulted in creating the nonprofit organization Energize the Chain.

Energize the Chain aims to form secure relationships with cell phone companies in order to increase the correlation between the number of cell towers in a given region and the successful preservation of the cold chain. They launched one of their first major projects in Zimbabwe in 2011. By pairing with cell phone company Econet Wireless, they were able to boost the number of viable vaccines that were distributed to 10 villages in Zimbabwe. Additionally, after partnering with the National Healthcare Trust of Zimbabwe, Energize the Chain was able to issue refrigerators that could stay cold for up to 10 days without power in order to maintain the precise temperature of the vaccines. There are currently 110 working sites in Zimbabwe and by December of this year Energize the Chain expects to install 100 more working sites.

By supplying these refrigerators to more rural regions of Zimbabwe, the partnership between Energize the Chain, Econet Wireless and the National Healthcare Trust of Zimbabwe provides greater accessibility to working vaccines. Moreover, the success in Zimbabwe provides the promise for expanding the program to other regions where high mortality rates are caused by an inability to receive necessary, lifesaving vaccinations. 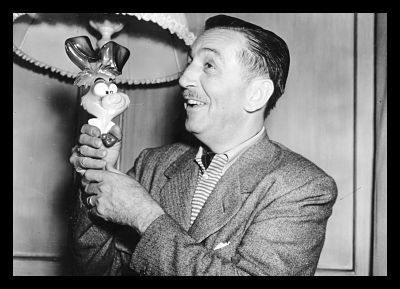