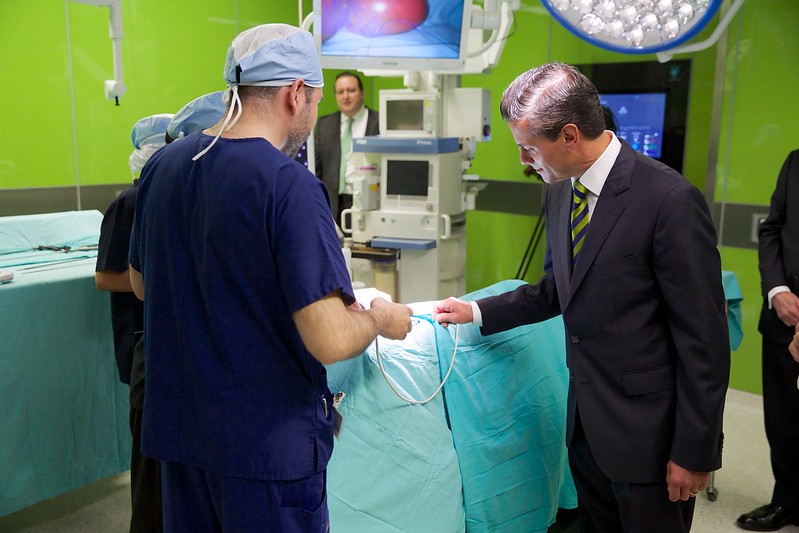 In the past five decades, healthcare in Mexico has demonstrated significant improvement. The country has a highly effective vaccination program, which often covers over 95% of the population. This program played a significant role in lowering Mexico’s child mortality rate. Mexican life expectancy rose from 42 years to 73 from the 1940s to the 2000s. Despite this progress, Mexico’s fragmented healthcare structure persists and reflects the country’s rampant economic inequality. Socioeconomic status often determines access to quality Mexican healthcare. Therefore, the system often neglects the health of lower social classes.

Public healthcare: It is provided by a number of different bureaucratic bodies to help cover medical expenses for employees and their families, or formerly employed workers and their families. Employers, employee taxes and government contributions finance this system.

Medical services: The Ministry of Health and NGOs provide these to cover Mexico’s uninsured population.

Since its creation in 1943, the healthcare system in Mexico has not changed significantly.

Problems with the Mexican Healthcare System

One of the biggest issues with the healthcare system in Mexico is its financing. Citizens directly pay more than 50% of the total health spending. A study estimates that over two million households commit over a third of their income to medical costs every year. This system, along with limited access to social security institutions, furthers economic gaps within the Mexican population. Rather than expanding the system to create a universal healthcare provider, “parallel social security institutions” exist to cover different types of workers, such as federal employees and military personnel. Thus an already disjointed system is further fragmented into independent arrangements that are not consistent in their financing and services.

Many people fail to qualify for insurance in such a disconnected system. Therefore, the Ministry of Health has become an increasingly important healthcare provider. Consequently, rampant inequalities in terms of both access to and quality of medical services persist within healthcare in Mexico. Wealthier economic classes have access to “excellent specialty-trained physicians and high-technology tertiary-care medical centers” comparable to those in the United States. The poorest societal classes often resort to unregulated and often unqualified private physicians.

This equity problem has a tangible impact on the overall health of the population. For example, the infant mortality rate in poor neighborhoods is almost 100 babies (per thousand live births) more than that in rich neighborhoods. The maternal mortality rate in certain indigenous communities is almost three per thousand live births, while the national rate is less than one. Less than 10% of women from low-income households deliver their babies in hospitals, compared to more than 80% of women in higher-income households.

The Mexican healthcare system calls for major changes. In the meantime, however, nonprofits are helping the Ministry of Health deliver medical services to the uninsured population.

The International Community Foundation (ICF) is a California-based nonprofit organization that works to inspire and direct American donations to Northwest Mexico. ICF “seeks to increase health, education and environmental grantmaking to local organizations in Northwest Mexico, with the goal of strengthening civil society and promoting sustainable communities”. ICF maintains relationships with Mexican nonprofits and community leaders to create a direct connection between donors and the causes they’re invested in. This allows the nonprofit to identify determinants of health, support interventions that confront Mexican public health problems and provide medical services to those excluded from the healthcare system. In 2018 alone, ICF directed over one million dollars towards humanitarian services in Mexico, with an emphasis on healthcare.

Despite having improved over the last five decades, healthcare in Mexico does not sufficiently cover its population. Fortunately, nonprofits like ICF work to fill in the gaps in the system.