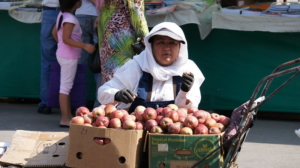 Uzbekistan, a landlocked country in Central Asia and one of the few countries in the world to avoid a severe economic downturn in the fiscal year 2020, received a financial projection from the World Bank indicating that Uzbekistan’s economy should improve about 6% in total in the fiscal year 2021. Here is some information about the country’s economy including what contributes to its growth.

Uzbekistan’s economy is heavily reliant on agriculture. About 27% of the population works in agriculture, a sector that accounts for 28% of the nation’s gross domestic product. The most exported crop is cotton, which is a water-intensive crop. Most of Uzbekistan’s farming land requires heavy irrigation through the country’s “system of pumps and canals.” Uzbekistan, on average, produces more than 700,000 tons of cotton per year. In 2020, this brought in $78.87 million to Uzbekistan’s economy. Other agricultural products include livestock or seedlings. Altogether, Uzbekistan earned $15 billion from the exportation of goods alone.

Despite the difficulties involved in trade due to the COVID-19 pandemic, Uzbekistan’s agricultural sector remained steady and robust. The impact of the pandemic on unemployment was minimal and poverty has already begun reverting to its pre-pandemic levels. At the beginning of 2020, the unemployment rate was about 9% increasing to 11% by the end of the year. Since then, the poverty rate has re-stabilized at about 9.8% for the first three quarters of 2021. Experts expect this upward trend to continue during 2021.

The developmental plans will expand resources available for those working in agriculture and expand job accessibility in Uzbekistan. In turn, with the expanded job accessibility and resource expansion, the poverty rate in Uzbekistan has a significant chance of decreasing further. As agriculture remained a stable sector for business in 2019 and 2020, Uzbekistan’s government saw the opportunity for expansion and reorganization. This plays a significant role in the expected increase in Uzbekistan’s GDP.

Uzbekistan and the World Bank

The World Bank has partnered with Uzbekistan for decades. It tracks Uzbekistan’s overall poverty rate, economic growth and more. Uzbekistan’s partnership with the World Bank involves “providing technical advice on how to improve the country’s economic and financial management” with a focus on “private sector growth, agricultural competitiveness and modernization and improved public service delivery.” One of the aims also includes transitioning to “a market-based agriculture system.” This goal is also the primary aim of the Uzbekistan-USAID agricultural transformation strategy outlined for 2020-2030.

Throughout this partnership, the World Bank and Uzbekistan have developed policies to do away with child labor but expand job opportunities. Positively, Uzbekistan noted significant increases in the nation’s GDP since the partnership began.

In October 2021, the World Bank Vice President Anna Bjerde met with Uzbekistan’s president to discuss the partnership between the organization and the country and see how the World Bank can help Uzbekistan fulfill its goal of expanding into the market-based agriculture system. The system can help farmers operate more business ventures and expand their markets without many restrictions, leading to more job opportunities.

The Potential of a New Market

Much of the projected economic growth stems from the change in agriculture marketing in Uzbekistan. The country’s income from cotton exports and trade decreased to about $3 million in 2020, even though, in 2019, this amount was about five times higher. Despite this staggering drop, Uzbekistan’s economy remained fairly untouched.

Uzbekistan’s economy hardly shrank, which means a better chance for significant improvement this fiscal year. Furthermore, the increasing rate of vaccinations globally and the opening of markets for trade increase the potential for Uzbekistan’s economy to re-expand fully and continue expanding. 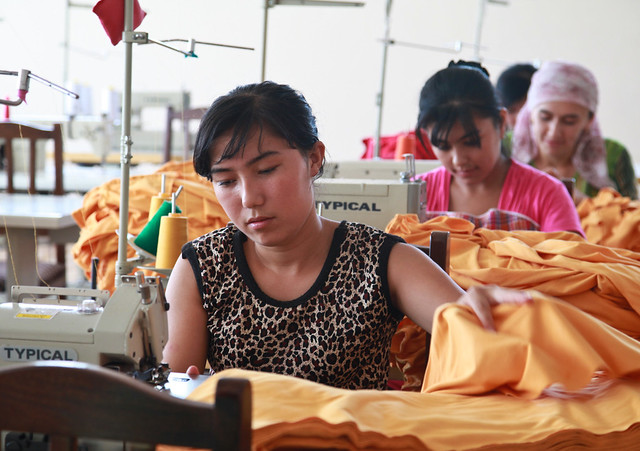