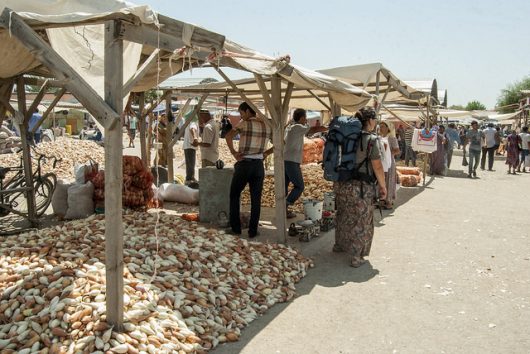 After Karimov’s 27-year rule, the U.S. is supporting sustainable change in Uzbekistan, partnering with the World Bank by loaning $500 million.

The Development Policy Operation’s goal is to switch from a privatized, government-ruled economy to a market economy. A strong market economy should translate into jobs being created for the youth. However, Uzbekistan’s 2017 Development Strategy also wants to make these economic changes sustainable while implementing social reform to protect less fortunate people.

So far, Uzbekistan’s government has committed to these transformations by “liberalizing its currency, lifting trade and investment barriers, reducing business regulations and opening markets to attract investment and boost imports and exports.” While these changes are already putting the country on a great trajectory, other projects like urban development are raising living standards for those who are less fortunate.

The World Bank supported the modernization of the District Heating system at the beginning of 2018, which will provide 240,000 Uzbek residents new and improved heating and hot water services. By providing these services, the quality of life will go up for those dealing with harsh winters, reducing the risk of health-related issues caused by the cold. This will be great for young school children who sometimes go to school with no heat. Not only is this a health risk, but it is a distraction from learning. The new heating project will ensure kids have a brighter future in a healthy learning environment.

The District Heating Energy Efficieny Project will help people living in apartment building in Andijan, Bukhara, Chirchik, Samarkand and Tashkent. Government buildings like hospitals, schools and municipal offices also benefit from this project, and state-owned power companies will see a reduce number of power outages due to more networks being added. This project will also reduce CO2 and natural gas emissions in cities.  With all added benefits aside from helping people stay warm and healthy, the District Heating Energy Efficiency Project is a sustainable change.

In addition to education, health and safety being increased by public works projects and foreign aid, Uzbekistan is celebrating a free market with the switch of power from a private market to a public one. Uzbekistan’s market formerly known as Abu Sahiy became Tashkent Silk Road in early December 2017. Because former President Karimov owned this market, trade bans were in place that didn’t allow merchants to import goods. Now, small businesses are thriving and buyers can buy everything from food to phones.

The new market is also inspiring trades between Kazakhstan, Turkmenistan, Kyrgyzstan, Tajikistan and Afghanistan. Opening the door to trade with neighboring countries will continue to boost the economy of Uzbekistan. Continued aid and progress of political reform is inspiring hope for Uzbekistan’s poor. A free market, foreign trade and the new government’s commitment to do good allows for sustainable change in Uzbekistan.