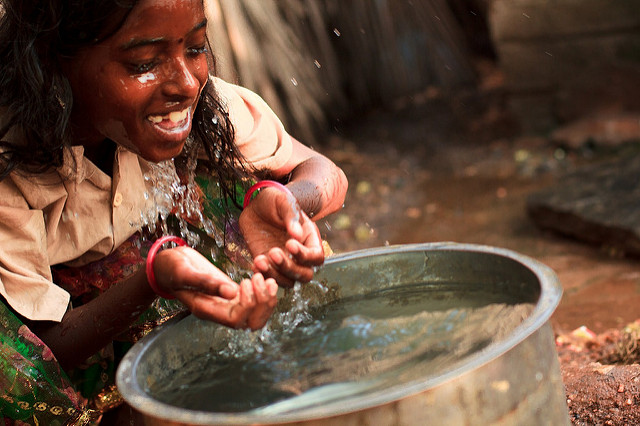 Today, nearly 850 million people live without access to clean water. Clean water, while a basic necessity and right, has become nearly unobtainable for those living in poverty around the world. In places where unsafe water is the only water available and used for washing clothes and dishes, bathing, drinking and in food preparation, it’s negative effects permeate nearly every aspect of life.

Approximately 75 percent of diseases in developing countries occur from polluted drinking water. In developing countries, waterborne diseases such as diarrhea account for over 800,000 deaths per year for children under the age of 5. They also create ripple effects throughout the community, placing additional economic stresses on people already living in extreme poverty.

The need for clean water has been the target of governmental aid in many developing countries for years. However, more could be done for individual communities, particularly in rural areas, as they are often without access to the clean water systems available to more populated and typically wealthy areas.

In 1996, physicist Dr. Ashok Gagdil created a UV water filtration system known as the UV Waterworks (UVW) to supply small communities in developing countries with safe drinking water. Funded by the United States Agency for International Development (USAID), and private foundations, Gagdil was able to design a device capable of delivering clean water to a village of 2000 for a year for under $2 per person.

This UV water filtration system is as small as a microwave oven, weighs just 15 pounds and can treat approximately 15 liters of contaminated water per minute. The contraption works simply by exposing the water to UV light, which eliminates bacterial and viral DNA and other organic particles that make the water unsafe for human consumption.

The UVW system addresses the needs of rural communities disconnected to grid power by using a 12 V car battery or a photovoltaic solar panel as system’s power source. These two power sources were tested with support from the US Department of Energy in locations without access to grid power with great success.

At an even smaller scale, there are UV water filtration systems that operate without power sources all together and are tailored for personal or family use. The SteriPen is a UV water filtration wand capable of cleaning up to 32 ounces of water in 90 seconds. This wand is popular among those traveling in areas where clean water is scarce, as is it light, portable and lasts for 100 treatments before requiring new batteries.

Similar to the SteriPen, the Pure Water Bottle filters a small amount of water for the individual. Relying on a dual process of mesh filtration and UV water filtration for cleaning water, the entire process of the Pure Water Bottle takes 2 minutes and removes 99.9 percent of contaminants. Water is collected and filtered to remove particles larger that 4 microns before being sterilized by a hand-crank-powered UV bulb.

While the SteriPen and Pure Water Bottle are more expensive UV water filtration systems suited for smaller scale family or individual use rather than village scale, they can help address the needs of families in urban areas, or with somewhat better economic means. This group, while not suffering the most extreme poverty, is still a large and growing number in developing countries such as China, India, Brazil and others.

By providing a number of options with a range of costs and applications, innovations in small scale UV water filtration systems are helping to address one of the most pressing needs of the world’s poor.