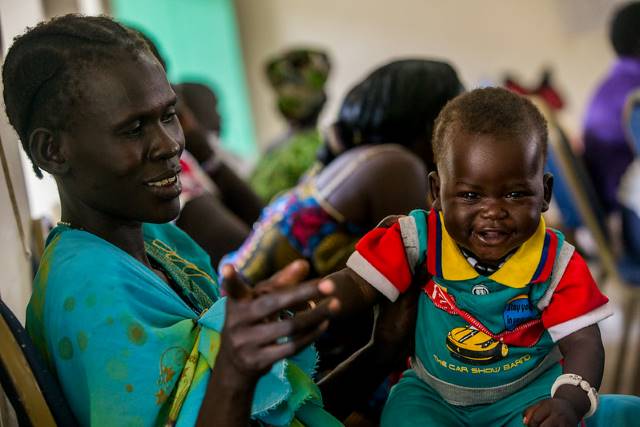 South Sudan is an East African nation with a population of more than 11 million people. After decades of civil war, South Sudan declared independence in 2011 and is now a war-torn nation with failing institutions, a corrupt and violent security force and a population in abject poverty. The fledgling nation quickly descended back into civil war, further hindering any efforts at reconstruction. Since South Sudan’s independence, USAID programs in South Sudan have been providing humanitarian aid to alleviate human suffering, foster sustainable economic growth and mitigate conflict.

Food security is one of the largest issues plaguing South Sudan, and as of February 2022, 8.3 million South Sudanese out of a population of 11 million are severely food insecure. To address the crisis of food insecurity, USAID launched a program initially to operate between 2017 to 2020, which was then extended to August 2022, called Sustainable Agriculture for Economic Resiliency Program in South Sudan (SAFER). The SAFER project ultimately seeks to increase the productive capacities and sustainability of South Sudan’s agriculture sector.

The active USAID Viable Support to Transition and Stability (VISTAS) program is a conflict mitigation program that started in 2013 “to promote peaceful coexistence,” foster “a more informed community” and facilitate a greater degree of trauma awareness to advance reconciliation between diverse communities. In 2018, the program hosted a conference in Jebel Boma County with traditional authority representatives, women leaders and youth leaders from Jie, Murle, Kachipo and Toposa to converse on key issues plaguing South Sudan regarding child abduction, gender-based violence, cattle raids and road ambushes.

Despite the remote locations and conflicts between the Jie, Murle, Kachipo and Toposa ethnic groups, the conference did lead to the development of resolutions and action plans to address inter-community conflicts. VISTAS has also provided technical assistance to media outlets to decrease potentially conflict-inducing miscommunication and misinformation while promoting interdependency through livestock and trade and conducting 196 trauma awareness sessions in 2018.

One of the most important facets of VISTAS is promoting a more well-informed society to prevent conflict through decreasing information asymmetry. To this end, VISTAS has assisted the development of independent media outlets, trained local journalists and set up community learning centers. USAID supplied these community centers with laptops, books and internet access to allow people with little formal education to educate themselves. While the independent media environment continues to face setbacks from the government and security forces, VISTAS has enabled the Juba Monitor and Radio Tamazuj to continue operating as the media outlets both represent large independent media networks designed to deliver information in an objective manner.

The Necessity of USAID Programs

With a poverty rate of 82%, according to the World Bank, today, more than 50% of South Sudan “still depends on emergency aid to survive” and millions are now displaced from the ongoing violence. USAID programs in South Sudan, while not enough to address the root causes of South Sudanese poverty, are necessary to alleviate abject poverty, ensure the survival of millions and develop a plan for long-term stability.