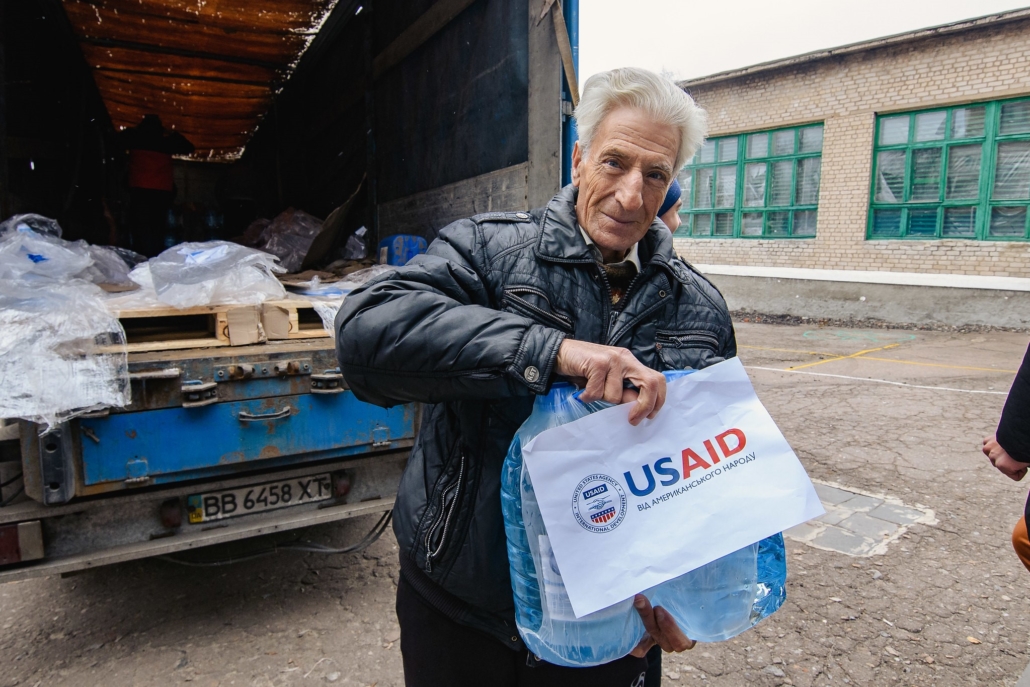 Seven years after the onset of the conflict in Crimea, President Joe Biden reaffirmed the United States’ support of Ukraine in the country’s ongoing struggle with Russia over the Crimean Peninsula. President Biden’s statement in support of those in the country working, “towards a peaceful, democratic and prosperous future,” comes as USAID programs in Ukraine continue to help deal with the aftermath of the conflict while also assisting with the ongoing COVID-19 crisis and other healthcare issues.

USAID Relief During the Crimean Conflict

The Russian occupation of Crimea and the ensuing discord in the region have resulted in over 3,000 civilian deaths and led to 1.5 million people becoming internationally displaced persons. As a result of the continuing effects of the hostilities in Eastern Ukraine, USAID has partnered with the Ukrainian Helsinki Human Rights Union to assist in helping victims of the conflict with legal matters.

Similarly, USAID has also continued to support the U.N.’s efforts to help the populace in Eastern Ukraine. Since 2014, USAID programs in Ukraine have provided more than $88 million in aid towards providing food, shelter, protection and other forms of relief to affected people in the region.

In 2021, USAID began participating in the U.N.’s 2021 Humanitarian Response Plan for Ukraine by supporting eight non-governmental organizations in their efforts to protect vulnerable populations in the area including the elderly, children and people in remote communities. The U.N. plan aims to provide aid to 1.9 million of the most vulnerable people in Eastern Ukraine in order to help improve their living conditions and assist in key areas like healthcare and sanitation during the ongoing COVID-19 crisis. USAID supports multiple areas of the plan including cash assistance and pandemic response programs.

One such program that has received support is WASH, an initiative to provide sanitation awareness, education and access to vulnerable communities including children and families. The U.S. government gave $6.9 million to WASH in 2020 to help the program achieve those goals through tactics like the distribution of hygiene commodities and the installation of public handwashing stations.

USAID’s pandemic relief extends beyond U.N.-related initiatives as well. Thus far, the United States has given $29 million worth of aid to Ukraine to help combat the spread of COVID-19. That aid has helped provide key medical equipment and supplies to the country. For example, the U.S. embassy in Ukraine announced in February 2021 that USAID provided $1 million worth of oxygen stations to 15 different Ukrainian hospitals in order to treat severe COVID-19 cases.

Additionally, USAID programs in Ukraine have targeted healthcare issues in the country beyond the pandemic. This includes initiatives such as USAID’s new partnership with Ronald McDonald House Charities to support family healthcare in the country through efforts like a national education program to improve Ukraine’s medical systems. This joint effort marked the first partnership between USAID and Ronald McDonald House Charities, a nonprofit that currently operates in five public hospitals in Ukraine.

Through programs and initiatives like these, USAID continues to work towards its goal of helping facilitate a secure, healthy and self-reliant country for the Ukrainian people in the midst of the ongoing Crimean conflict.