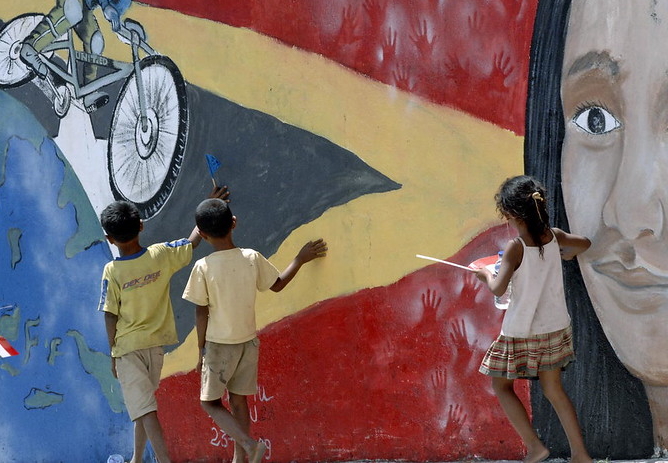 In 1975, Timor-Leste declared independence from Portugal. In the same year, Indonesia launched a military invasion and annexed the fledgling state. In 1999, 78% of Timor-Leste’s population voted for independence from Indonesia, and in 2002, Timor-Leste finally gained full independence. The nation’s road to independence was anything but smooth, especially considering that anti-independence Indonesian militias conducted a scorched earth campaign in 1999, which led to the deaths of 2,600 civilians and the displacement of 30,000 locals. Despite these setbacks, Timor-Leste has grown into a strong democracy with multiple peaceful transfers of power.

USAID’s Tourism for All

Launched in 2018, USAID’s Tourism for All initiative aims to promote Timor-Leste as an internationally competitive tourism destination. The project goal is to “diversify [Timor-Leste’s] economy by promoting eco-friendly tourism based on the country’s rich heritage” and promote sustainable investments from the private sector by locals, international institutions and NGOs.

One accomplishment of the Tourism for All initiative in promoting sustainability and independence from assistance is training local Timor-Leste citizens. USAID gave 611 participants in the private and public sector more than 11,000 hours of job training in hospitality, tourism and food safety. This training aims to foster a new generation of Timor-Leste locals to continue sustaining Timor-Leste’s tourism industry independent of external assistance.

This partnership is based on the idea of national love for Timor-Leste and solidarity with the struggling tourism industry in the face of the pandemic. USAID describes one of the objectives of this campaign as “inspiring Timorese people to engage in recreational travel on a more regular basis and to consider taking up leisure activities such as scuba diving.”

To address Timor-Leste’s financial issues, the USAID Customs Reform Project, which began in 2017, seeks to make trade easier with Timor-Leste by implementing standard customs clearance and transit procedures. This initiative has provided Timor-Leste with technical assistance and reformed Timor-Leste’s customs process to better facilitate trade and increase domestic revenues. One way the USAID Customs Reform Project is making transit into Timor-Leste more efficient is through the development of the Inter-Ministerial Despacho in 2019 to standardize and integrate the operating hours between customs authority and other government agencies.

To further facilitate transit into Timor-Leste, the Customs Reform Project has been implementing anti-corruption measures. In 2019, the USAID team began to develop training material for a Code of Conduct. Furthermore, during the same year, the USAID Customs Reform Project developed an Interests, Assets and Liabilities Declaration form that any customs authority staff must complete. These employees must declare their own and their direct family’s financial interests, assets, liabilities and any potential conflicts of interest. These drafted reforms intend to stifle corruption while ensuring the more efficient transit of goods in Timor-Leste.