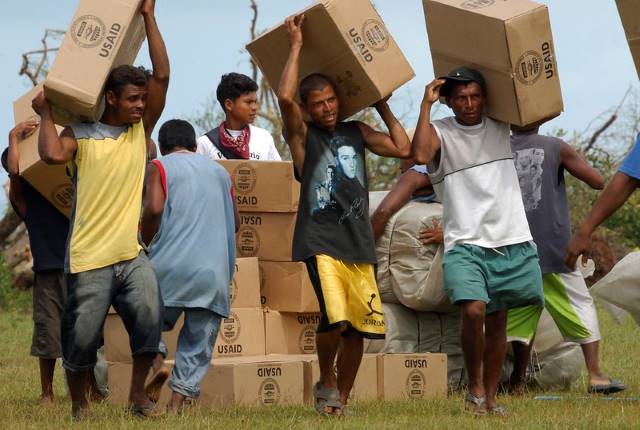 Before hurricanes arrive, aid organizations such as USAID work to prepare for the natural disasters. USAID hurricane preparation efforts for the Atlantic hurricane season include ensuring that the organization itself and communities in Latin America and the Caribbean have the supplies and knowledge needed to minimize the impact of hurricanes. With the 2021 Atlantic hurricane season underway, USAID’s preparation efforts will help communities, especially those most impacted by poverty, recover from the aftermath of hurricanes.

The 2021 Atlantic hurricane season forecast predicts a season with above-average intensity, but meteorologists do not forecast a record-breaking season. As with the 2020 hurricane season, COVID-19 presents a challenge for evacuation and relief efforts.

People living in poverty face more barriers in recovering from the impact of hurricanes because they lack access to financial resources that could help them rebuild and seek assistance after hurricanes land. Furthermore, impoverished countries usually lack resilient infrastructure and housing, making these countries more vulnerable to damage and destruction.

Effective USAID hurricane preparation efforts require the agency to accumulate the supplies needed to help people affected by hurricanes. USAID maintains supply stockpiles in the U.S. state of Miami, Dubai in the United Arab Emirates and Pisa in Italy. By maintaining these stockpiles, USAID can distribute supplies as needed.

USAID hurricane preparation efforts also involve working with people on-site in communities at risk of hurricanes. USAID trains meteorologists, educates people about individual safeguarding measures to take to stay safe during hurricanes, stations experts in the Caribbean and Latin America and sends teams to disaster sites before hurricanes make landfall. All these actions help minimize the impact of hurricanes. To create teams that are familiar with the region before disasters happen, USAID stations long-term consultants, advisers and program officers in Latin America and the Caribbean.

USAID’s onsite work in Latin America and the Caribbean creates a network of people prepared to respond to disasters. As of May 2019, USAID trained 70,000 people in the region on disaster response. USAID provides disaster management teams with the necessary information to evacuate regions before flash floods begin, the most life-threatening aspect of hurricanes, by training meteorologists to evaluate the risk of flash floods.

Hurricane preparation saves lives by ensuring that physical and human capital is in place to respond to hurricanes and their after-effects. The Atlantic hurricane season continues until November 30, 2021. With the dedication of organizations such as USAID, disaster response in developing countries is strengthened and the impacts of natural disasters are mitigated.