Tag Archive for: Us vs. Them mentality 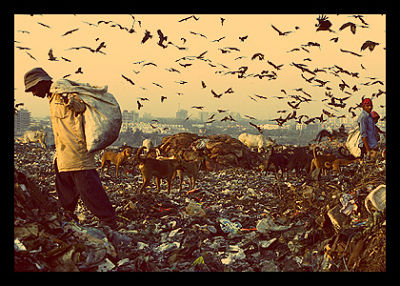 You’ve probably heard people discuss the burden that poor people place on society, or the need for them to “pull themselves up by their own bootstraps.” If not, only look to Mitt Romney’s infamous comment from the 2012 presidential campaign, in which he referred to the 47% of Americans who are “dependent on the government” and who could never be convinced to “take personal responsibility and care for their lives,” for an example.

Psychologist Herbert Gans writes about the labeling of the poor as “undeserving” and the effects that such labels have in society. He posits that deeming the poor undeserving fulfills a wide array of functions for the affluent. Primarily, this phenomenon distances the labeled from the labelers, allowing the situation to be cast firmly as “us-versus-them.”

By casting poverty as something that happens to “them,” but not to “us,” one can tap into a well-known psychological bias explained by psychologist Jeremy Dean on PsyBlog.

He describes the phenomenon using sports teams. When a fan sees a member of their team score, they are likely to praise the player’s talent and hard work. On the other hand, when a fan sees a member of the opposite team score, it’s usually attributed to dumb luck or a missed call. By the same token, when a fan’s team loses, it can easily be chalked up to a rough week or a rowdy crowd.

However, a fan would rarely claim that his team won because another team had a difficult week. In other words, one works much harder to make excuses for people that they perceive as “one of us.” This same principle can be applied to almost any facet of society, including poverty.

When poor people are considered to be fundamentally different from us, it becomes more difficult to empathize with their situations. Unfortunately, it also becomes easier to blame the poor for their poverty and struggles, consciously or otherwise.

Some may not concretely be thinking that women in sub-Saharan Africa should just stand up for themselves already, but it is often easier to sympathize with women who live in societies that look most like ours.

For example, when America discovered that Ariel Castro had held three women captive in his Ohio home for a decade, outrage erupted. People were horrified that something this appalling could happen here, to people “like us.” Meanwhile, similar atrocities are happening worldwide every day and our indignation may go just far enough to get us to make an online donation.

While it is incredibly difficult for one to truly comprehend the obstacles faced by the poor, it is important to remember that “we” are not so terribly different from “them.” The balance between recognizing these differences and the similarities is a delicate and important one, and one that is immensely tough to strike.

It is imperative to acknowledge that everyone has different experiences and struggles, and that the wealthy often do not know how best to help the poor. Simultaneously, it is important to keep in mind that the wealthy and the poor are both just groups of people, who usually have a lot more in common than they think.