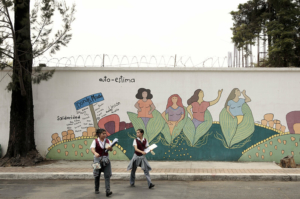 On June 10, 2021, Senator Marco Rubio (R-FL) introduced the Central American Women and Children Protection Act of 2021 in the Senate. On June 17, Representative Norma J. Torres (D-CA) introduced the act in the House of Representatives. Although the bill was originally introduced in 2019, it was later integrated into another bill, the US-Northern Triangle Enhanced Engagement Act. The act passed the House of Representatives but was not able to move past the Senate Foreign Relations Committee. Representative Torres stated in a press release that the reintroduced Act would “help […] prevent the domestic violence, sexual assault, child abuse and neglect that plague the region.”

The Context Behind the Act

The act focuses on Guatemala, Honduras and El Salvador; as it explains, the three countries have some of the “highest rates of femicide” within “the Latin America and Caribbean region.” El Salvador and Honduras also have some of the highest child murder rates in the world. In April 2021, a Deutsche Welle article reported that there had been 161 femicides in Guatemala since the year began. In March 2021, women gathered to protest in Guatemala City, carrying signs with messages ranging from “I’m marching because I’m alive and I don’t know until when” to “This isn’t a country, it’s a cemetery.”

Lubia Sasvin Pérez, who spoke with the New York Times in 2019 about her experiences in Guatemala, left her abusive boyfriend to stay with her parents. The boyfriend, Gehovany Ramirez, tracked her down and murdered her mother in front of her. His brother said that Ramirez was “right to go back and try to claim [Pérez].” Ramirez was sentenced to an unusually short term of “only four years in prison,” the New York Times explained, and was entitled to visitation with his and Pérez’s son “upon release.” Meanwhile, Pérez has faced “blame” and “stigma” from the people around her. “There’s no justice here,” she stated.

If passed, the Central American Women and Children Protection Act would allow the U.S. to form “compacts,” or agreements, with the governments of Guatemala, Honduras and El Salvador to fight violence against women and children. More specifically, the compacts’ goals would include expanding supportive resources for survivors, establishing safe environments in schools and communities and improving the justice system’s responses to these crimes. Each compact would set out a “3- to 6-year […] strategy” to accomplish the goals and would list actions the government of the country concerned would take, along with methods for “[measuring] progress.”

In addition, the House version of the Central American Women and Children Protection Act allocates $25 million each year for fiscal years 2022 and 2023. The Senate version allocates $15 million each year for those two years and the money would be given to support the prevention of violence against women and children in Guatemala, Honduras and El Salvador. However, the U.S. would retain the right to stop the funding if the countries failed to make “sufficient progress” or went against U.S. “national security interests.”

Supporting Women for Many Reasons

Correcting injustices and promoting equality for women has economic benefits as well. According to an Atlantic Council article, Latin America has been hit hard by the pandemic economically, but “reducing gender inequalities will ignite productivity, boost economic growth, and reduce poverty” in the region. According to a World Bank report, women’s increasing presence in the labor force helped reduce poverty in Latin America and the Caribbean between 2000 and 2010. The report also found that women’s earnings were “crucial to reducing the pressures on the poorest of the poor” by helping families stay afloat in the “2009 crisis.”

Over the past several years, the U.S. has been criticized for deserting Central American women and children in violent situations. The U.S. has slashed aid to Guatemala, Honduras and El Salvador while excluding survivors of domestic violence from asylum. The Central American Women and Children Protection Act, if passed, would mark a turn toward aiding rather than abandoning survivors of violence.