Tag Archive for: US international aid 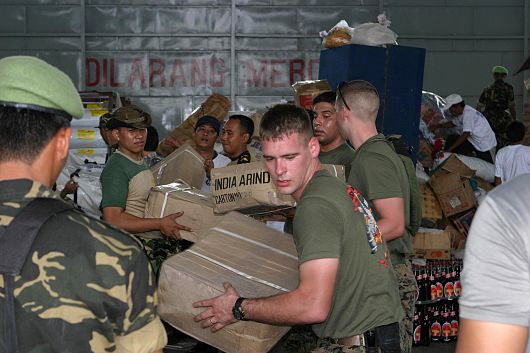 There is often an international stigma associated with the United States. Numerous controversies pertaining to international issues, such as the conflicts in Middle East or mass surveillance being performed by U.S. security agencies, have painted the Unites States in a negative light. Recent polling conducted by the Pew Research Center in 2014 shows that the U.S. holds an average international favorability rating of 58.88 percent, with the median favorability rating sitting at 65 percent.

While statistical evidence suggests that the U.S. is viewed negatively globally, research published in the Quarterly Journal of Political Science suggests that contributing to international aid may be part of the solution. A study researching relief efforts performed in African countries by the United States in response to the HIV/Aids epidemic concludes “that in addition to its potential humanitarian benefits, foreign aid that is targeted, sustained, effective and visible can serve an important strategic goal for those countries that give it: fostering positive perceptions among foreign publics.” These improved perceptions of the country giving international aid were also shown to persist over time. These findings are reinforced by an additional Pew poll, which tracks the public perception of the U.S. by Japanese citizens prior to and following the tsunami and earthquake of 2011 (a disaster to whose relief efforts the United States contributed). The results showed a substantial spike of a nearly 20 percent favorability increase.

While improving global perceptions of the United States is important, it is equally important to strengthen and solidify ties to other countries. Helping to alleviate global poverty through international aid achieves this very goal. One of the most significant examples of this occurring can be found in South Korea. Following the Korean War, the United States contributed significantly to the reconstruction efforts of South Korea. This aid helped to stabilize the economy and greatly aided in establishing South Korea as a strong country. As a result of this aid, it is now one of the greatest allies of the United States and has also become a significant contributor to foreign aid.

By contributing to international aid and reducing global poverty, other countries gain economic independence. This independence strengthens the global economy by adding additional contributors and consumers to it. Likewise, this newfound economic strength opens new markets for the United States. To return to the example of South Korea, one can note that, along with being a major ally to the United States, it is also the United States’ seventh largest trading partner. Just as strengthening South Korea helped the U.S. obtain new venues for trade, contributing to international aid improves the global economy, which in turn strengthens the U.S. economy. The world is connected, and improvements in foreign countries have a ripple effect that causes improvements in the U.S. as well. At the end of the day, fighting global poverty is more than humanitarian charity; it is a strategic investment. 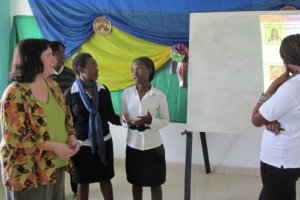 Last week, President Barack Obama highlighted the charge to the American public to assist in the eradication of extreme global poverty. When the world’s poor rise out of poverty and live better, the world is positively affected and inequality is decreased. The United States benefits both economically and in terms of security when more people escape poverty.

Where then should the US apply its funds to attain this ultimate goal of eliminating poverty?

One area is entrepreneurship. There has been widespread micro-success in small-scale businesses in Liberia, Afghanistan, and Pakistan. The access and pursuit of consistent incomes for families allow for poverty alleviation. The increase in incomes allows for greater economic opportunity via safer and healthier living conditions, as well as better access to education.

Funding the endeavors of entrepreneurship in developing countries is a critical part of this answer. The large scale US corporations of Coca Cola, Dell, Exxon Mobil, and Goldman Sachs are alongside governmental leaders in the push for small-scale entrepreneur funding. Furthermore, the growing focus on women’s entrepreneurial capabilities and access to self-improvement are crucial for development. These large corporations aid in the training of more women entrepreneurs.

The Cherie Blair Foundation is a non-governmental organization that focuses on providing personal aid to women. They encourage the participation of more women in local markets and technology processes.

The largest challenges to women entering the entrepreneur field are the “access to finances, markets, and skills-building and networks.” Therefore, the fight to involve women and create a more fluid environment for women participation is crucial to fighting such a large part of global poverty.

Nigeria and Ghana are good examples, where recently more women than men are starting businesses. Sub-Saharan Africa is not far behind.

The strides being taken to put women in pertinent roles of small businesses and markets are helping combat global poverty. Yet, there is much to be done and the US is fully capable of helping women, men, and children across the globe to attain greater access to resources.