Tag Archive for: US food aid 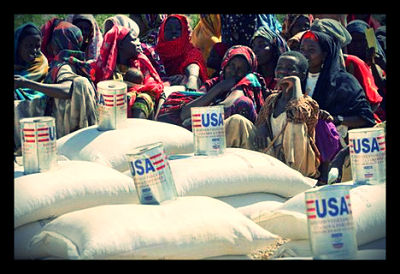 Changes to the US Food Aid policy may be in the works for this fiscal year’s budget. President Obama recently proposed that the US shift its food aid policy from one of sending US-grown food products abroad to sending cash instead. This would be the largest change in the history of US food aid policy since programs were initiated in 1954.

Food aid groups, international development organizations, and US businesses are at odds over the proposed reform. Anti-hunger groups including Oxfam and Bread for the World, as well as the Modernizing Foreign Aid Network and the Chicago Council on Global Affairs, issued a joint statement this week in support of reforming US food aid policy. US farm, shipping, and labor groups, members of Congress’s Agriculture Committee, and the Alliance for Global Food Security are against any proposed reform.

The proposed policy changes have both benefits and drawbacks. One benefit is that by sending cash instead of food, the money can be used to purchase food locally. This would save both time and energy, and support local agricultural economies. A 2012 Cornell University study on food aid found that local purchasing “can often afford valuable cost and time savings.”

Opponents of the proposed reform argue that the Obama administration intends to cut funding to programs across the board, which would hurt aid recipients and US food providers alike. Producing, shipping, and transporting US-grown food overseas creates jobs and supports the economy of the United States. Sending food abroad that is marked with the US flag also serves as a low-cost form of national security, by providing physical evidence of US good will and assistance.

Since the inception of programs such as Food for Peace, some international development experts have argued that the programs were more concerned with developing a market for American food products and providing benefits to US farmers and agribusinesses, than with feeding the hungry. The former executive director of the World Food Program, Catherine Bertini, stated in an email, “I am one who welcomes a 21st century proposal that is more responsive to the needs of the hungry and a more efficient use of taxpayer dollars.”

The United States is the largest food aid donor in the world, providing over $2 billion a year in food aid. Conflicts over its role in international aid are nothing new. While the possibility exists for beneficial changes to US food aid policy, any proposed spending cuts to food aid programs should be considered with the 925 million people across the globe who suffer from hunger in mind.