Tag Archive for: US drones 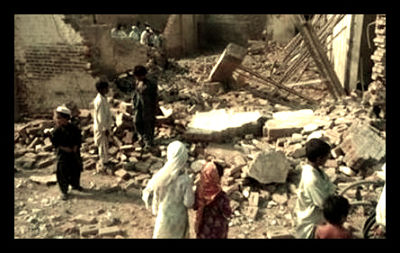 The moral, ethical, and legal questions and uncertainties about secretive US drone strikes have increasingly become subjects of media attention. Many have criticized the Bush and Obama administrations for effectively engaging in endless, unchecked war, in many places, all the time. But one question has gone largely unasked in the debate over unmanned US strikes: what are the effects of drone strikes on humanitarian aid?

As we know, poverty and terrorism are closely linked. The daily struggles of those living in extreme poverty breed despair and desperation and leave many, especially youth, vulnerable to terrorist groups’ incendiary messages. Poverty reduction is an important part of US national security and foreign policy, and yet drone strikes may be undermining attempts to combat extreme poverty on the ground.

Organizations working in rural areas of Afghanistan, Pakistan, Somalia, Yemen, and other drone strike-targeted regions have reported increased hostility and resistance in relation to drone strikes. Suspicions are always aroused in the days and weeks following a strike. According to NGO security officials in Somalia, following a 2008 drone strike, attacks on aid workers increased from one to two a month to six to eleven.

One of the biggest problems that aid organizations and NGOs face in dealing with drone strikes is the lack of human personnel involved in the attacks. There are no authorities on the ground to address the safety of aid workers or civilians in the region. It is difficult to determine responsibility for the attacks because even though drones often operate from regular military airbases, they are under the CIA’s jurisdiction.

Some groups, such as the UN Assistance Mission in Afghanistan (UNAMA), have had success interfacing with the US government through the International Security Assistance Force (ISAF). But others, like the Center for Civilians in Conflict, have had zero success in lobbying Congressional leaders for greater oversight of drone strikes. Civilians in Conflict released this report in 2012 on the effects of drone strikes on civilians.