Tag Archive for: US Diplomacy 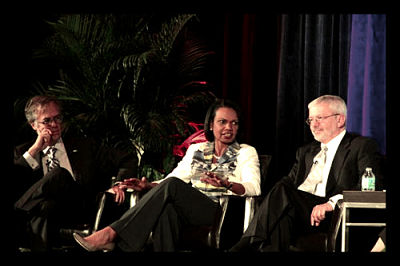 The United States Global Leadership Coalition (USGLC) has released a publication titled the “Report on Reports” every year since 2008. These publications are designed to analyze reports issued by different groups that address development and diplomacy, and to then come to a consensus about the best way to address certain areas.

The USGLC was established in 1995 and works with over 400 businesses and non-governmental organizations to create viable solutions for global development and diplomacy. They also work with religious leaders, academics, and community leaders in an effort to reach out to people from many different perspectives.

The 2012 Report on Reports was issued in June of this year. The report, which analyzed more than 30 reports across the political spectrum, outlined six major areas of consensus that the USGLC wanted to focus on in order to improve the United States’ diplomatic relationships and development efforts across the globe.

The first area identified is to strengthen civilian power. The USGLC concluded that the civilian foreign service workforce must continue to grow in order to protect national security and promote our interests.

The second area of consensus is to ensure results-driven development, emphasizing transparency, accountability, and regular evaluations of all development efforts.

The third area is to leverage the private sector. Rather than focusing purely on public and governmental development efforts, the USGLC supports increased cooperation with private sector groups like academic institutions and foundations.

The sixth and final area is simply to prioritize. The USGLC emphasizes that although the need for development will continue to increase, we must do our best to match that need with our efforts.

Clearly, the overall emphasis of the 2012 Report on Reports is increased civilian and private-sector participation in U.S. diplomacy and development efforts across the globe. The Center for Strategic and International Studies noted that this will require support for budget reallocation from both ends of the political spectrum to fund this increased participation in these efforts. Furthermore, the bipartisan emphasis of the Report on Reports indicates the need for policymakers to reach across political lines in order to pursue the best interests of both the United States and the developing world.

What does this mean for the United States and the way that it proceeds in its global development efforts? In simple terms, the 2012 USGLC Report on Reports seeks to expand the base of participants in global development by including the civilian and private sectors and also seeks to improve bipartisan cooperation about these efforts. As we move forward in the upcoming years, the USGLC’s recommendations will improve the efficiency, participation, and success of our diplomatic and developmental projects around the world.