Tag Archive for: US budget 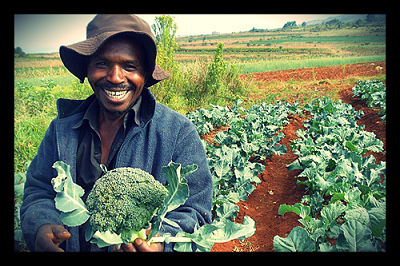 On Wednesday, June 12 discussions continued on Capitol Hill in an attempt to push forward a modernization of US international food aid policy according to the Guardian’s Cydney Hargis.  HR 1983, the Food Aid Reform Act, would remove laws requiring US food aid to be grown in the United States and then shipped to the receiving countries.  Instead, it would allow food aid to be purchased in areas local to the countries receiving it.  The impact of the Food Aid Reform Act would be twofold:  it would eliminate the time and costs required to ship the food, and it would further stimulate the economies of countries or regions that are receiving US food aid.

Under the Food Aid Reform Act, aid could reach the receiving country up to 14 weeks sooner, giving up to 4 million people better access to food.  It would also significantly decrease transportation costs of US food aid, which make up 50 percent of the US food aid budget.  Right now US food aid has to travel 7,000 miles to reach its destination and that food chain is vulnerable, especially in conflict zones such as what we are seeing right now in Syria.

The other aspect of the Food Aid Reform Act is the stimulation of the local economy where the food is being produced.  When the US ships food to developing countries as aid, the US food can crowd out locally produced food.  This is especially important considering that most of the world’s poorest and those without food security are small farmers.  In shipping food to aid the poorest in the developing world, the US can prevent these farmers from being able to sell their crops at a profitable price, thereby harming the very people which USAID is supposed to be helping.

Purchasing food aid locally will raise the demand for local food, thereby driving up the price and enabling farmers to gain more profit out of the crops they sell.  This profit can then be put towards things like better fertilizers, water pumps, and other things which increase the productivity of these farmers.  When these farmers increase their productivity their communities will develop their food security, fixing the very reason that food aid would have to be provided to these developing nations in the first place.

The Food Aid Reform Act is a piece of bipartisan legislation that will go a long way to modernize US foreign aid.  It will help stimulate developing economies to bring them further towards contributing significantly to the global economy, which will ultimately lead to a more prosperous international community as a whole.

Source: The Guardian, House Committee on Foreign Affairs
Photo: ONE 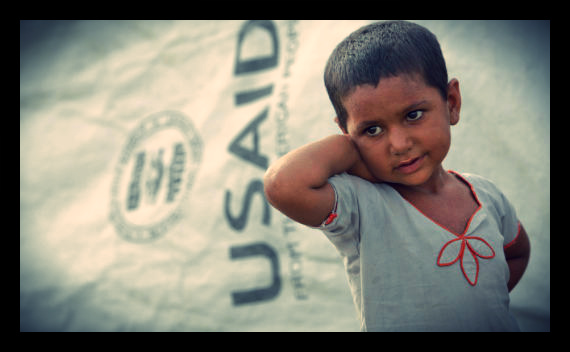 President Obama revealed his proposed budget for 2014 and much to the surprise of many, there was a slight increase in foreign aid in the proposal. Requested funds for foreign aid equaled somewhere around $52 billion which is a slight bump over this year’s budget.  Increased funds for global health and development assistance were included as well as a decrease in military aid to foreign countries.  The proposed budget also called for a major overhaul of the US food-aid programme to save money and invest more wisely in food production and improvement rather than on shipping costs.

The International Affairs budget funds USAID and the State Department as well as the United States’ donations to the United Nations and other similar institutions.  It also provides funds for natural disaster emergencies and embassy support. The proposed budget will now be passed to the House and Senate where they will debate the proposed funds.  If an agreement cannot be reached again this year, major across-the-board spending cuts will go into effect again. One thing that did not change in the proposed budget was the proportion of the budget that goes towards foreign aid, which still amounts to only slightly more than 1% of overall spending. Compared to the defense budget, which is around $527 billion, there is still a large gap in appropriated government funds.

Advocates of foreign aid spending have long complained of the disconnect between aid and diplomacy, citing that without increased development, unstable countries will struggle to become stable. Leaders are working with Congress to call for the necessary funds to promote global development, innovation, and provide resources to those in poverty. The proposed budget caused non-profit and non-government leaders to breathe a slight sigh of relief as their funds were not initially proposed to be cut. While budget cuts must be made, foreign aid is an area where the funds are causing global change, reducing poverty, and increasing the safety of both US citizens and citizens of other countries.

The proposed budget is also the perfect time for advocacy.  As Senators and Representatives must make decisions about the final budget, calls advocating for foreign aid and funds focused towards reducing global poverty can make a real impact. 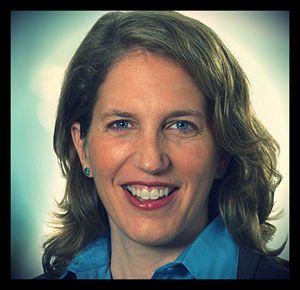 It was announced on Monday that President Obama will nominate a former Gates Foundation official, Sylvia Burwell, as the next budget director. The announcement comes at a time of severe administrative budgeting issues and strong disagreement between the parties over how best to fix them. In the role, Ms. Burwell would assist the White House in developing its overdue 2014 budget proposal.

Sylvia Burwell’s background in economic policy and non-profit administration qualifies her for the position. She was president of the Gates Foundation Global Development program from 2006 to 2011, and served as the organization’s chief operating officer from 2001 to 2006. She has run the Walmart Foundation, the company’s philanthropic and charitable branch, since 2011.

The fact that Obama will nominate a former Gates Foundation official for the position of budget director is encouraging for those engaged in the fight against global poverty.

The Gates Foundation, headquartered in Seattle, WA, is a $36 billion national organization dedicated to improving health and fighting poverty worldwide. The Global Development division is devoted to finding and implementing solutions to extreme global poverty in the areas of agricultural development, family health care, and many more.

Founded by Bill and Melinda Gates, the Gates Foundation shares many of the same goals as the Borgen Project and the Millennium Development Goals.