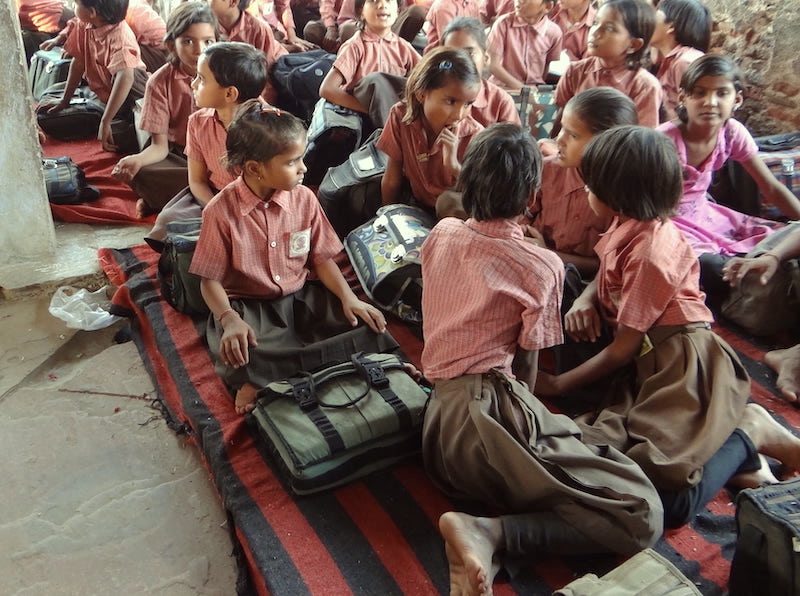 Numerous studies have indicated a strong association between poverty and education. Out-of-school rates are the highest in poor countries such as India. Poverty and a lack of education have an inextricable connection, creating a vicious cycle difficult to escape. Illiteracy and lack of schooling keep young people from obtaining better-paying jobs as adults, making it near impossible to ever rise up from poverty. In low-income countries, girls are more likely to withdraw from school — or never attend — than boys. However, the organization, Study Hall Educational Foundation (SHEF), is transforming the lives of girls in India.

There are several reasons why many girls in India do not have access to education. In rural areas, even if school is free, parents must pay for books and transportation. Parents typically believe educating girls is a waste of money, and would rather have them contribute to family income.

Often, girls stay home to look after younger siblings. Additionally, many end up in early marriages as soon as they reach puberty against their will. These factors could explain why the literacy rate for males 15 and older in India is above 82%, while for girls and women, it is barely 66%. Yet just one extra year of schooling can increase a woman’s earnings by up to 10%, thereby helping to raise her out of poverty.

Help for Girls in India

A nonprofit organization is working to change these daunting statistics. Study Hall Educational Foundation has a history of transforming the lives of Indian girls. Through a network of model schools and outreach programs, it promotes girls’ rights, enabling their access to schooling. Foundation administrators believe a lack of education directly affects a girl’s future ability to earn good wages and to escape poverty.

Urvashi Sahni, Study Hall’s founder, is an activist who became married as a teenager. She had two daughters by her early 20s, and later lost her sister tragically — burned to death over a dowry dispute. It was that anger and frustration that inspired Sahni to found Study Hall. Her work to promote gender equality and education has impacted more than 5 million children, according to the Foundation.

A prime example of Study Hall’s pioneering work is the Prerna Girls School in Lucknow, Uttar Pradesh. Founded in 2003, its enrollment has grown to more than 1,000, providing accessible and affordable education to girls from marginalized, low-income communities — most of whom would not have the opportunity to study otherwise. Many of the girls come from local slums, working as domestic help for neighbors. Although many also come from abusive homes, that fact has not abated their excitement to study and eventually join the professional workforce.

From Slums to Orchards

Another Study Hall program is GyanSetu — or Bridge of Learning — a network of support centers operating from small huts in slums and rural mango orchards. Children attend an accelerated learning program before enrolling in formal schools while continuing to receive supplementary education and support.

Increasing schooling among those 15 or older by just two years would allow nearly 60 million to rise out of poverty, according to UNESCO. That has a better chance of happening thanks to programs like those administered by Study Hall Educational Foundation, helping Indian girls have a better life.