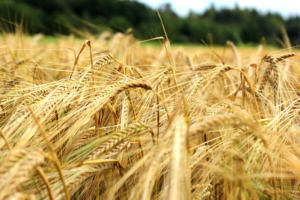 The war in Ukraine has steeply increased the price of natural gas, a major component of fertilizers and also a primary source of energy. This, combined with the sanctions imposed on Russia, one of the world’s top exporters of nitrogen, potassium and phosphorus fertilizers (contributing about 15%, 19% and 14% of the global supply respectively), is causing a severe fertilizer shortage. Amid this food catastrophe, a branch of sustainable food developers, going by the name “peecyclers,” have found a promising solution: using human urine as a suitable alternative to fertilizers by implementing the peecycling process.

Prices of fertilizers are skyrocketing worldwide, forcing farmers to produce less, and thus, unintentionally harming their livelihoods. This ripple is also extending into the food market, with the FAO Food Price Index reaching an all-time high of 159.7 points in March 2022.

How the Peecycling Process Works

A variety of systems, including cups, jugs and special toilets with attached plumbed tanks, were designed to aid the process of urine diversion. These instruments are easy to use and once the urine is collected, it is transported to the site of treatment.

The process of sterilizing urine is simpler than doing the same for feces. All one has to do to destroy the remaining pathogens is keep the collected urine between temperatures of 71-75 degrees Fahrenheit for about three months.

Urine is 95% water, and therefore, requires significant storage capacity. This is expensive, but there are ways to concentrate urine through various processes such as evaporation, distillation and reverse osmosis. One particularly effective process is “alkaline urine dehydration.” This involves raising the pH value of urine to reduce its volume and convert it into fertilizer.

A lot of potential is yet to be unpacked from human urine and scientists are on top of it. Nevertheless, one thing is certain: the peecycling process provides a feasible solution to global fertilizer shortages, ensuring food security worldwide.