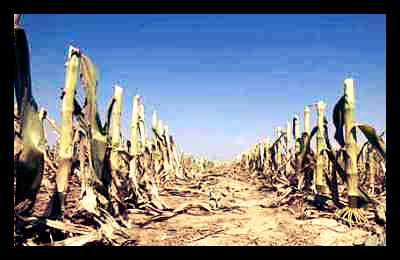 In 2013, California had its driest year ever. The problems brought upon by the state’s drought became so pressing on multiple levels that it even required the attention of the federal government.

Across the United States, California has established itself as one of the most agriculturally productive regions. The problem arises though because food exports out of California are expected to rise—and people of middle to lower income will receive the worst effects as a result.

In fact, California grows over 80 percent of numerous vegetables across the nation and the prices of them are expected to skyrocket.

However, people of California have been fairly successful in adapting to the drought. Joint initiatives across local and state levels of politics have begun to implement policies that save significant amounts of water. In addition to leading the way with cutting water usage by 20 percent, the state’s government has also asked its citizens to reciprocate their initiative.

With the magnitude of the drought that California has been experiencing for the past year, it is no surprise the state is said to be in “crisis mode” when it comes to water conservation.

But on a more positive note, after months of no rain, San Francisco finally got a bit of downpour. The rain provides somewhat of a break for the region, but the drought is expected to persist.

The reality of the situation is still quite a concern for the agricultural sector of California, which leads the nation as the top farming industry.  If the already longstanding drought continues through the future, the industry may contribute more unemployment to the region.

The energy sector is also expected to take a hit due to setbacks in California’s hydroelectric power production, which is also tied back to the drought. “It doesn’t just affect California’s ski industry or the rich farmlands of the central valley. It chokes the entire water system that underpins the state’s dams.”

The drought is coming at a time where other climate events are making headlines on an international scale. The polar vortex across the U.S. and the overwhelming heat wave in Australia only supplement reasons for the direction that California has been headed towards with clean energy development.

California has already been a national leader in renewable energy, yet it is still forced to adapt to climate events at local and state levels. However, because the federal government has had to address environmental concerns across domestic regions, significantly reducing carbon emissions may be placed into a much greater context with respect to its urgency.