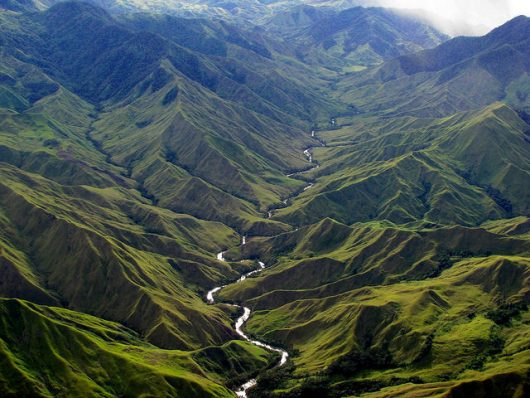 Western media often sensationalizes the unknown, and the country of Papua New Guinea – just over 90 miles north of Australia – has undoubtedly fallen victim of media sensationalism and stereotyping. The media misrepresents Papua New Guinea as a country with no development, little civilization and stereotypes the entire country as primitive and poor.

The economy of Papua New Guinea is heavily dependent on industry, mining and agriculture, notably timber, fish, coffee, cocoa and rubber. Agriculture currently accounts for 25 percent of GDP and supports more than 80 percent of the population. The media often disregards Papua New Guinea as a country with extremely little economic growth.

However, this is a misrepresentation of the country since the economy is continuing to develop and offer more people the opportunity to make more money. In addition, export opportunities from increased mineral and energy extraction have offered more trade and economic influx in the country.

The GDP of Papua New Guinea has experienced some of the highest growth in the world, largely due to energy extraction sector developments. In 2015, the GDP experienced 10.5 percent growth and has continued to steadily increase at a rate of two percent since then. The media misrepresents Papua New Guinea by stereotyping the country to have no real economic change; in reality, Papua New Guinea is beginning to develop more rapidly.

The media, though, does not discuss such large strides towards infrastructure development. The World Bank’s Road Maintenance and Rehabilitation Project has restored more than 800 kilometers of national roads and plans to continue with its reparations. In addition, rehabilitated and replaced bridges have benefitted an estimated 1.3 million people, or about 27 percent of the population.

The media misrepresents Papua New Guinea as a nation lacking diversity and constantly at war between a handful of tribes. In reality, the country is extremely ethnically, culturally and linguistically diverse. Although only 7 million people live in Papua New Guinea, the country’s 820 languages spoken give it the world’s highest level of language diversity.

In addition to language isolates, English and English-based languages like Hiri Motu and Tok Pisin are commonly spoken between people throughout the country. Tok Pisin, an English Creole, is understood by over 50 percent of the population, and English is a lingua franca.

While there are thousands of tribes in Papua New Guinea, the media misrepresents the ways in which tribes interact with one another. Most tribes actually work together and are peaceful with each other, and showcase this annually through gatherings that emphasize the nation’s diversity called Sing Sings.

During Sing Sings, like in Mount Hagen or Goroka, as many as 100 different tribal groups come together to practice their different cultures, and the custom has continued for more than 60 years as a way to promote peaceful interactions between tribes.

Although Papua New Guinea is a poor and largely undeveloped country, the media misrepresents and misconstrues the country as a lawless, tribal jungle with little economic growth and even less diversity. Despite this common perception, the economy of Papua New Guinea continues to grow — they’ve experienced a remarkable improvement in GDP, urbanization and globalization have catalyzed development within even rural areas of the country, and tribes in the country are largely peaceful and extremely diverse.

As a country whose motto is “Unity and Diversity,” Papua New Guineans have utilized their diverse cultural and physical landscape to make positive changes in their country. Now, it’s up to the media and the world to truly understand all that Papa New Guinea is and can be.