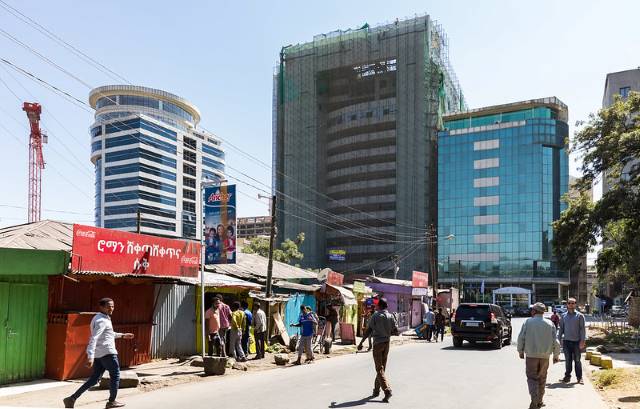 Social safety nets play a pivotal role in distributing wealth and opportunities to the world’s most at-risk communities. Every nation has one to a certain extent but the strength of those safety nets largely varies. The United States government can afford to transfer non-contributory benefits to low-income U.S. citizens without making much of a dent in the national budget but the opposite is true for less wealthy, developing countries. Though the approach is quite different, social safety nets in Ethiopia exist and work to reduce poverty.

For the last 15 years, Ethiopia has been celebrating strong economic development. Due to its rapid population growth, large pockets of poverty have been popping up more frequently in urban areas. The challenge then becomes building social protection programs fast enough to keep up with the country’s population.

Ethiopia’s problems are structural, meaning that accessibility to labor markets is one of the key reasons urban areas appear to be stuck in a stalemate. Still, in 2016, Ethiopia took its first big step in the right direction by creating its first social protection system to target the urban impoverished and gender inequality.

According to the World Bank, the objective of the UPSNP “is to support the Government of Ethiopia to improve income of targeted poor households and establish urban safety net mechanisms.” As one of the few programs in sub-Saharan Africa, the UPSNP is a vanguard for social safety and economic relief and has already established many parts of the much larger structural framework envisioned. These include mobile childcare and primary education facilities to inspire mothers’ participation and pilot programs to encourage and empower young workers and behavioral change interventions to establish better business practices.

The results of this ongoing project have been quite successful in ensuring growth that is both economically sufficient and socially inclusive. Since its start in 2016, the UPSNP has assisted more than 600,000 beneficiaries, 60% of them being women, and distributed livelihood grants to more than 51,000 small business owners. Another accomplishment is the opening of bank accounts through the Commercial Bank of Ethiopia for all its beneficiaries, adding up to more than $11.3 million saved. Additionally, the UPSNP connected more than 60,000 beneficiaries to basic social services such as health insurance and family support and developed COVID-19 adaptable transfer systems.

With the overwhelming success of the UPSNP, Ethiopia is carving the way for a new social safety net project called the Urban Productive Safety Net and Jobs project (UPSNJP). This new project focuses on incorporating disadvantaged youth into labor markets and support for refugees and homeless people. In cooperation with its predecessor, these social safety nets in Ethiopia are restructuring the economy to strengthen the bridge between citizens of urban communities, labor markets and the rights that are due to them.

The Government of Ethiopia has come a long way since the early 2000s when it had one of the highest poverty rates in the world. Ethiopia has made significant progress, and with further support of global organizations, Ethiopians can be supported and safeguarded, even in the wake of COVID-19.