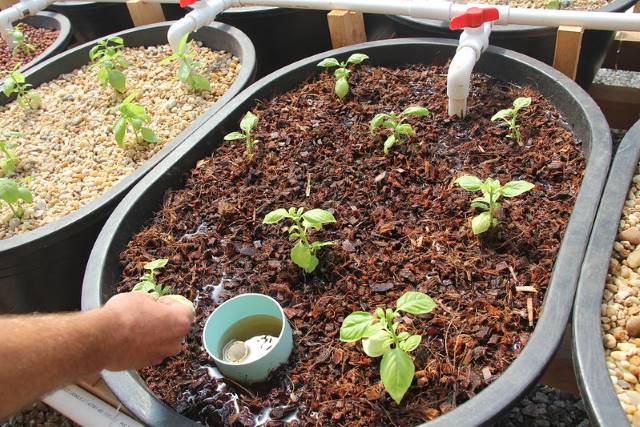 With approximately 1.5 million residents, the favelas of Rio de Janeiro, Brazil, have dense populations with locations often on the outskirts of the city. Disproportionately underserved, the communities in these informal settlements deal with issues such as improper waste disposal, gang violence and unemployment. Out of Brazil’s total population of 214 million people, about 23.5% of people experience moderate to severe food insecurity.  Feeding America defines food insecurity as “a lack of consistent access to enough food for every person in a household to live an active, healthy life.” Run by gangs and riddled with violence, large areas of the favelas are often hard to reach and support, which leaves the local population with little choice but to devise their own strategies and solutions to address the issues in their communities. To improve living conditions in the favelas and wider Brazil, organizations are turning to urban agriculture to address food insecurity.

Urban agriculture involves the transferring of local food production processes to the urban landscape. Often community-centered, urban agriculture can take several forms, such as rooftop or community gardens. Urban farming provides a space where social bonds and collaborations may be formed within impoverished communities. Additionally, urban agriculture creates organic, affordable, accessible and nutritious food systems to improve food insecurity in the favelas. Not only does urban agriculture provide a reliable supply of food to people who need it most but urban agriculture can also create job opportunities for people in poverty.

This urban farming project operating in the impoverished Manguinhos favela is “Latin America’s largest community farm.” In some areas of the Manguinhos favela, the unemployment rate exceeds 50%. According to Al Jazeera, the project is “helping at least 800 families survive” during COVID-19 while “employing more than 20 local workers at a time when Brazil grapples with a pandemic-battered economy.”

Created by Rio de Janeiro’s environment secretary, Hortas Cariocas is the “municipal-led social development initiative” that launched the Manguinhos Vegetable Garden in 2013 in an attempt to reduce poverty and improve food security in the favela. Members involved in the project receive training, equipment and weekly produce to secure the food needs of their families. The project also requires members to deliver some of the produce “to at-risk members.” The project then sells excess produce “commercially to Brazilian distributors.”

The Hortas Cariocas initiative has expanded to almost 50 vegetable gardens across Rio, according to Reuters in December 2021. All of Rio de Janeiro’s urban agriculture initiatives combined allow the city to yield “more than 80 tonnes of produce” to improve food security for more than 20,000 households.

Urban agricultural programs and initiatives in the favelas are a step toward providing marginalized communities with some form of self-sustenance and food security. In addition to this, urban farming also creates a potential source of income for communities as well as a green space for people to come together peacefully. As more urban agricultural initiatives form and expand, food insecurity in Brazil’s most impoverished areas reduces exponentially. 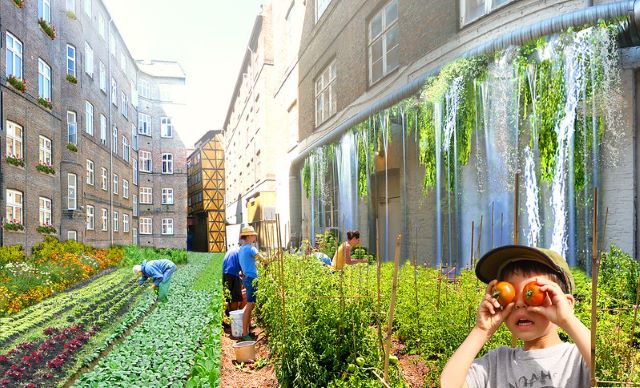 The United Nations reports that over 2.5 billion people live in urban areas today and the rate of urbanization is only accelerating. By 2025, it is estimated that 3.5 billion people will live in urban areas, nearly half of the world’s population. People’s way of life is changing and the way people access their food also needs to adapt, which is where urban farming comes in. Urban farming can help reduce poverty in addition to an array of other benefits.

Historically, moving to a city has been associated with increased opportunity and wealth, driven by more and better jobs and the promise of upward momentum and a better life. Today, the reality of urbanization is much different. Urbanization in low-income countries is growing exponentially and marked by poverty, unemployment and food insecurity. Many people move to the city from rural areas to escape over-population, violence, disease and hunger. As a direct result of this, about one billion people live in urban slums without access to sanitization, clean water or enough food or work. To survive, many people have resorted to growing their own food wherever they can. This is known as urban agriculture or urban farming and in many places, it is becoming the front line of food production.

What is Urban Farming?

Urban farming is a local food system of growing plants and raising livestock in and around cities, as opposed to traditional rural areas. Today, 800 million people around the world rely on urban agriculture for access to fresh, healthy foods. Urban agriculture is versatile, allowing for different crops to be grown. This provides urban communities with direct access and control over nutritious and locally-produced food, which creates jobs and boosts the local economy. Urban farming is also good for the environment and positively impacts household food security. All of these factors result in poverty reduction, which helps quickly developing urban areas.

Urban agriculture requires workers to harvest, care for, sell and maintain crops and animals. This has a huge impact on families struggling to find employment by creating jobs and supporting livelihoods. Additionally, it makes fresh food cheaper, allowing people in low-income areas access to affordable produce. Urban farming can help reduce poverty because when more people have jobs and are able to buy, it fuels the economy, creating even more opportunities. The Food and Agriculture Organization of the United Nations (FAO) sees how important urban agriculture is in poverty reduction efforts and has helped over 20 city governments implement multidisciplinary actions to optimize policies, financial incentives and training programs to low-income farmers in order to “improve horticultural production systems.”

Cities, especially highly populated ones, face many environmental challenges. These may include lack of greenspace, heat capture, pollution, lack of biodiversity and poor air quality. Urban farming can reduce the negative effects of these concerns. By decreasing carbon dioxide in the air, providing environments for different species to thrive and decreasing the environmentally costly process of importing food from other places, urban agriculture is environmentally beneficial.

Across the world, urban farming is helping people and seeing success in many communities. RotterZwam, located in Rotterdam, Netherlands, is a “circular system” mushroom farming operation that uses coffee grounds used by local businesses to fertilize the plants. The facility itself is solar-powered and delivers products with electric cars. Another organization based out of London, England, uses the same circular system method. Called GrowUp Urban Farms, the farm grows crops and farms fish simultaneously by utilizing their symbiotic relationship. Both farms are good for the environment and jobs and are also booming local businesses.