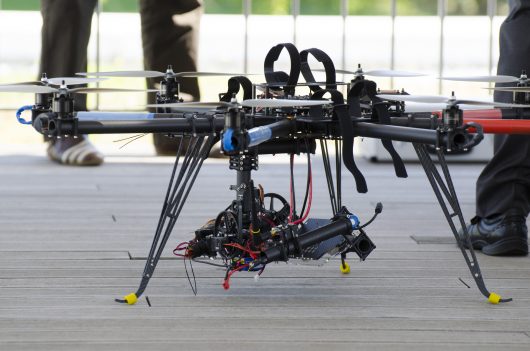 The Rwandan government’s recent initiative to use drones for health care, delivering critical blood parcels on parachutes outside remote health centers, is a huge step forward in the use of this pioneering technology in crisis-hit areas.

As part of the program, which was kicked off last week, medical workers in health centers across the western parts of the country where the terrain makes road trips long and complicated, send requests for life-saving blood using text messages.

Using commercial drones, these packets containing the required blood are then delivered to 21 transfusing facilities in about 30 minutes, shaving off hours it would have taken using the traditional road routes. This is one more successful effort by the government to decrease the rate of maternal mortality, which stands today at 320 deaths per 100,000 live births. One of the main causes of maternal mortality is the loss of blood during and following childbirth.

While the Rwandan government is the primary driver of this program, the drones and delivery service are built and being operated by Zipline, a California-based robotics company. Rwanda’s successful experiment can be extended to many other areas of critical-care as well as outside that country.

While the current drone delivery service is focusing on blood deliveries, an international partnership between logistics giant UPS, the Vaccine Alliance, Gavi (a public-private group started by the Bill and Melinda Gates Foundation) and Zipline are working on doing the same with vaccines.

It is easy to see how this breakthrough service can be extended to other parts of the developing world where access to lifesaving and critical health products suffers from what is termed the “last-mile problem,” which is the failure to extend medicines to remote locations which suffer from poor roads and transportation infrastructure. The set of drones, called Zips, being used in Rwanda can fly up to 150 kilometers, which should be enough in most cases to address the problem of reaching remote areas rapidly in emergencies.

Considering the situation in battle-scarred areas like Syria or Iraq, where both the terrain and the constant fighting turn civilian areas into no-fly zones, drones may well be the only solution to supply medicines, food and water to under-siege populations. Initial efforts to do that have already begun and are showing results.

Since last year, Uplift Aeronautics and the Syria Airlift Project have been flying prototype drones over the border from neighboring country on missions chosen by aid partners such as People Demand Change. Given their small size, each of these drones can carry only a few pounds of supplies which ensure they can’t be tracked by radars.

While this initiative has since been suspended for various reasons, the Rwandan government’s example shows that using drones for health care could eventually become a stable solution; providing life-saving drugs and equipment to those parts of the world where nature and man are cut off from the rest of the world is critical.