Tag Archive for: Upgrade Your World 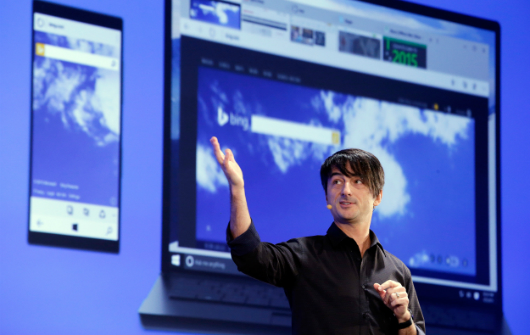 For the past two decades, Microsoft has been a staple for innovation and progress in society. While its achievements have touched billions of people across the globe and made its founder the world’s richest man, the technology giant has found ways to reshape the lives of those less fortunate. In launching its newest software update in Microsoft 10, Microsoft has made a huge investment in bettering those entrenched in poverty.

When it launched at the end of July, the Windows 10 operating system promised to be the most accessible and groundbreaking version put out by this conglomerate. As part of this new release, Microsoft has made a monumental pledge to donate large sums of money to ten non-governmental organizations (NGOs) in order to facilitate the alleviation of global poverty.

Some of these organizations include Save the Children and Keep a Child Alive, which are set to receive $500,000 each. An excerpt from an article in the Inquirer reads, “Microsoft will collaborate with 10 non-government organizations (NGOs) with causes on education, environment, poverty, HIV, and humanitarian relief, among others.” These collaborations were born out of a vision for technology to be the driving force for development in third world countries.

By instituting a grassroots approach to integrating technology with poverty zones, Microsoft 10 is hoping to be a bridge between previous centuries of poverty worldwide and a completely accessible society in the future. By donating an estimated $10 million combined to all of its nonprofit partners, Microsoft’s “Upgrade Your World” initiative is looking at some extremely promising results.

In addition to the massive success of this update, Microsoft has gone further by re-establishing its image as a global force for positive change. Its partnership with these NGOs, as well as all of its contributions, are an inspiration to groups all across the world to become more involved in the fight against poverty.