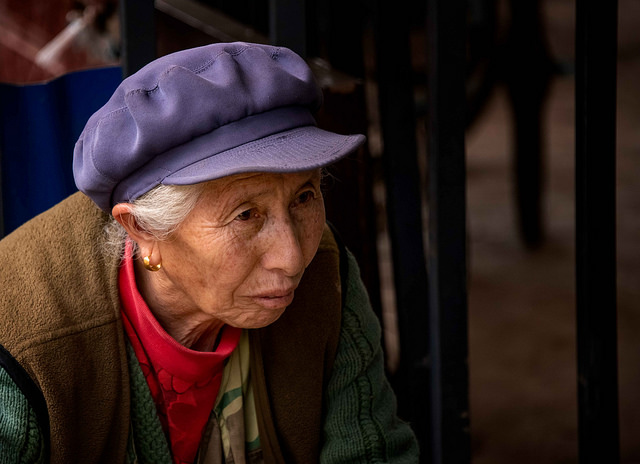 Widespread recognition has increased the benefits that empowering women can create for impoverished communities. Yet improved educational and business opportunities for women have neglected the world’s 258 million widows, 85 million in China and India alone. Advocates cite the baffling omission of widows’ welfare from the U.N.’s sustainable development goals (SDGs) as evidence of a critical blind spot in aid efforts. Widows are shown to suffer disproportionately in measurements of poverty, with a minimum of 38 million considered extremely impoverished in 2015. This poverty level is roughly 15 percent of widows compared to the 10 percent of the general worldwide population considered extremely poor by the World Bank in the same year.

This disparity is a result, in part, of the traditional practices of many cultures by which women continue to be seen solely as dependents of their fathers or husbands. Particularly in developing countries, a woman with neither is left with no support system. She becomes deemed a burden to society and, with no income to educate her children, contributes to continuing generations of poverty.

Treatment of Widows Around the World

Stigmas and traditional superstitions have a profound social and mental impact on women whose husbands have died. In many cultures, a widow is blamed for a husband’s death; in fact, many women face accusations of murder or neglect of their duties as wives. It is common for widows to be isolated and banned from participation in community activities and family events. In India, it is customary for widowed women to be prohibited from remarriage, with an appearance in public interpreted as ill-omens.

Human Rights Watch has identified common human rights violations against widows in Zimbabwe and other sub-Saharan countries. Some of the most widespread practices are the denial of inheritance, despite protected national and international laws, and ‘property grabbing’ in which a widow’s in-laws physically or verbally assault her in attempt to take her land for themselves.

Other customs termed ‘harmful practices’ by the U.N. include wife-inheritance, in which a woman is forced to marry her deceased husband’s relative, and ritual cleansing of widows through rape. In some cases, women have been forced to cleanse themselves by drinking water used to wash their husband’s corpse. All such practices run a serious risk of transmitting communicable disease, including HIV and Ebola.

Aid organizations focusing on welfare for widows in poverty have expanded since 2000, but there remain only four main NGOs with the capacity to provide aid programs internationally:

Data measuring the number of widows in extreme poverty, although limited and often unreliable, estimates a decrease of 22 percent between 2010 and 2015. Encouragement is visible in statements by former U.N. Secretary-General Ban Ki-Moon that presses U.N. member states to condemn harmful, traditional practices like widow-inheritance and burning in observance of International Widows Day (June 23rd).

Wider research is necessary to illuminate the extent and causes of widows’ suffering, but further efforts must target regions like South Asia, which report 50 percent of the world’s poor widows, as well as developed countries like Russia and the U.S., which in 2015 saw significant and as yet unexplained increases in the number of widows’ living in extreme poverty.