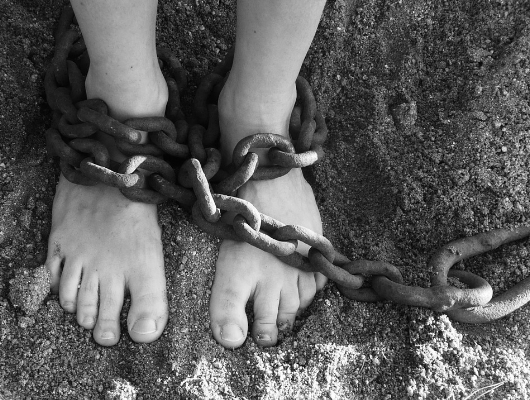 Unlikely Heroes is a nonprofit organization fighting slavery in communities in Thailand, Mexico, the United States and the Philippines. The organization rescues children from all forms of slavery, including the labor and sex industry, and bring the children to live in one of the many homes owned by Unlikely Heroes.

According to an article by the Boston Globe, slavery traps impoverished communities in a vicious cycle. Many of these communities’ future leaders are taken away from their homes and stripped of their innocence and the chance of an education.

Instead, they are forced into hard labor and used for sex. Slavery also results in inequality which inhibits villages and communities from creating sustainability and progression.

Today, the number of people trapped in slavery is double what it was when the Trans-Atlantic slave trade was in action, accounting for more than 27 million people.

Twenty-eight million dollars is generated each year in the sex exploitation industry, which makes it the second most lucrative crime in the world, with more than 100,000 children prostituted each year.

Members of Unlikely Heroes spend much of their time in dangerous regions breaking children out of slavery.

These children are then taken to restoration homes, where Unlikely Heroes provides them with food, shelter, education, medical care and therapy. The children are raised to become leaders and overcome the difficulties of their childhood.

Another function Unlikely Heroes operates is the education of people everywhere. They create awareness and prevention campaigns to educate people about slavery in the modern age. Their teams have educated over 20,000 people worldwide and continue to spread awareness throughout the world.

Unlikely Heroes made their first rescue four years ago when they saved 10 girls from brothels in the Philippines. Last year, Unlikely Heroes counseled more than 270 of the Chibok schoolgirls who escaped a mass kidnapping in Nigeria.ave

Today, the organization continues to fight slavery and poverty. In December, Unlikely Heroes will open their first restoration home in the United States.