Tag Archive for: University of Witwatersrand 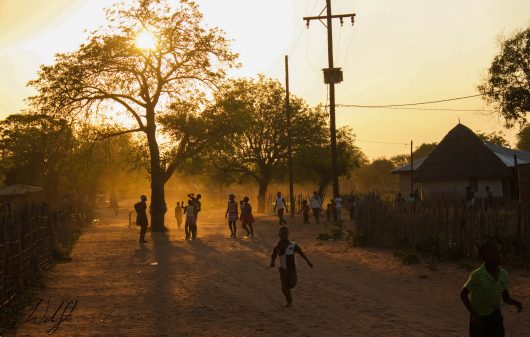 South Africa has long been known as one of the most unequal societies in the world. In the 1990s, South Africa’s Gini coefficient–a measure that reflects inequality, where zero is absolute equality and one is absolute inequality–was, at 0.66, the highest in all the 57 countries for which this data was available. That measure, as of 2015, has remained the same. The top 10 percent of South Africans earn roughly 60 percent of all income and own 95 percent of all the country’s assets, whereas 80 percent own no wealth at all. Inequality in South Africa continues to be a major issue as the country moves to distance itself from its apartheid- era exclusionary style.

The root causes of South Africa’s severe inequality can be traced back to the establishment of Cape Town, a Dutch shipping port in the 1650s. Over the next two centuries, “military conquest and political exclusion, which took a colonial and racial form,” expanded into the interior.

After the British took over in the early nineteenth century, the defeated indigenous groups were never fully incorporated into the economic and political model. The twentieth century brought the neighboring counties under British rule, culminating in a peace settlement which “inscribed racial discrimination in the foundations of the new South African state.” The framework for inequality in South Africa had already been laid by the time the National Party came to power in 1948 and enforced its apartheid legislation.

South Africa continues a system of socioeconomic exclusion. However, whereas historically the exclusionary practices were racially-based, today the extent and depth of inequality in South Africa is increasingly intersectional. Although it continues to impact black South Africans the most, it strikes at race, gender, class and age. Over 55 percent of South Africans continue to live in poverty and unemployment sits at 25 percent.

All hope is not lost, however. The University of Witwatersrand in Johannesburg has founded a new center, the Southern Centre for Inequality Studies, that will drive a five-year-long, interdisciplinary project. It will include approximately 80 researchers from across the country: economists, historians, legal academics, healthcare experts, sociologist and other disciplines.

The most promising hope yet for combating inequality in South Africa comes from the implementation of the National Development Plan. The plan seeks to reduce inequality and eliminate poverty by 2030 by “drawing on the energies of the country’s people.” Some of the key points include: increasing employment to 24 million, ensuring all children can read and write by the third grade and providing affordable healthcare and a public transit system. It also aims to strengthen the criminal justice system, including governmental accountability. “Progress over the next two decades means doing things differently,” the plan states.

In detail, the plan calls for:

After handing over the plan to President Jacob Zuma, Minister Trevor Manuel stated that “social cohesion needs to anchor the strategy.”

South Africa’s apartheid era formally came to an end in April of 1994. Less than a month later, in May of 1994, Nelson Mandela became the first black, democratically elected president. The exclusionary system that Mandela grew up in is still widely overreaching within the country, but as the nine provinces continue to work together, there will be hope. Inequality in South Africa does not have to be a perpetuation.