Tag Archive for: University of Toronto 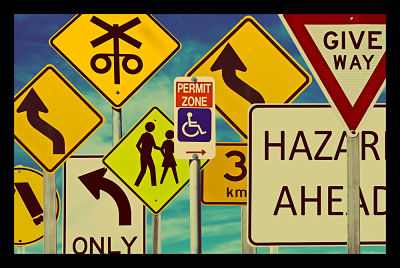 The topic of global health usually brings to mind familiar issues like malaria or HIV, but a current United Nations initiative is pushing to make road safety a global health priority. The UN effort, supported by the World Health Organization, declared 2011 through 2020 the Decade of Action for Road Safety, and the statistics underscore the importance of such a program. Each year over a million people die in fatal traffic accidents, making traffic fatalities the eighth leading cause of death globally and the leading cause of death among people ages 15-29. With another 20 to 50 million people suffering non-fatal injuries annually, the cost of dealing with the aftermath of these accidents pushes into the billions of dollars.

Fortunately, some progress has been made in improving road safety worldwide. According to the WHO’s recent report on road safety, between the years 2007 and 2010, 88 countries saw a decrease in traffic deaths, while only 87 countries saw an increase. The WHO still considers the high number of fatalities unacceptable, but the progress is encouraging.

Improving road safety is a complicated issue, dominated by rapid motorization outpacing the regulations, policies, and infrastructure required to keep roadways safe. Such circumstances hit middle-income countries, where rates of motorization are highest, the hardest with 80% of all crash deaths occurring within these countries. In an effort to keep pace with such a quickly motorizing global community, the UN initiative focuses primarily on proven strategies to improve road safety.

Among these strategies for road safety is the reduction of speed, a major issue in motorized communities worldwide. In its report, the WHO encourages reduced, standardized, and enforced speed limits to increase the safety of not only motorists but also pedestrians and cyclists, who account for 27% of global traffic fatalities. Laws enforcing the use of helmets, seat-belts, and child restraints are also described as key to reducing death and serious injury from accidents. Furthermore, efforts to reduce drinking and driving are encouraged through the enforcement of more stringent drink-driving laws and improved impairment standards based on a driver’s blood alcohol concentration. Finally, the report addresses the challenge of improving infrastructure. Safer roads mean safer conditions for the people using them, but safely implementing these projects in a cost-effective manner poses difficulties for local governments.

Researchers from the University of Toronto suggest the general population has a hard time accepting traffic accidents as a global health issue. The public is more likely to personalize the risks of heart disease than the risks of riding in a car. A big reason for this inattention is simply the fact that the majority of trips taken in a motor vehicle do not result in an accident. Researchers also say the regular depiction of survival of a fiery road crash on television and in movies has worked to desensitize the public to the very real risks and consequences of traffic accidents. With a population generally more inclined to be advocates for breast cancer research rather than road safety, the international community has their work cut out for them in the crusade to make global roadways safer.