Tag Archive for: University of Iowa 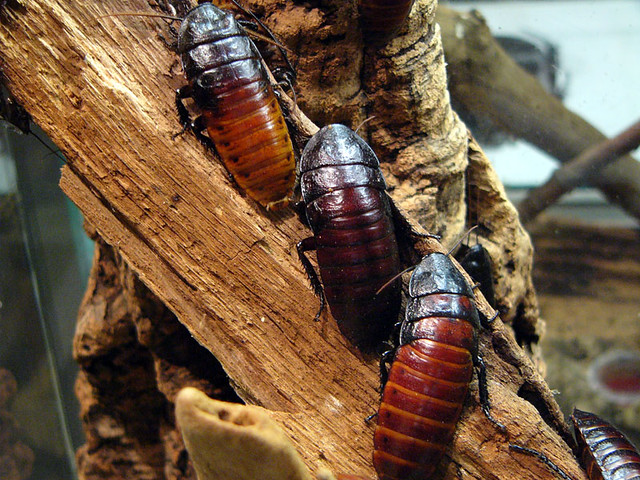 You may want to think twice before killing your next cockroach. India’s Institute for Stem Cell Biology and Regenerative Medicine, or InSTEM, has discovered that cockroach milk may be the greatest protein source of them all. Milk being produced by a specific species of cockroach is estimated to contain more than three times the energy of an equivalent mass of dairy milk.

Most cockroaches are oviparous, or egg-laying animals. However, the Pacific beetle cockroach, or Diploptera punctata species, gives birth to live young by carrying them in a fleshy brood sac. Only this certain species of cockroach is viviparous, meaning they are among animals that give birth to young and nourish its offspring with milk protein.

Surprisingly enough, this specific milk protein is the very liquid substance packed with nutritious fats, sugars and proteins that are taking the protein game by storm. The “so-called” milk gets converted into concentrated protein crystals that are stored in the gut of the embryos.

It all began with the curiosity of Nathan Coussens, a young researcher out of the University of Iowa, who noticed shiny crystals pouring out of a roach gut one day in the lab. This discovery took place 10 years ago.

International teams, including InSTEM, have since broken down the structure of these crystallized milk proteins. More often than not, protein crystals obtained from living systems tend to be small and limited in size by the volume of the cell they grow in. This leaves scientists little room for investigation.

Scientists try very hard to obtain pure proteins with which to make crystals for X-ray crystallography studies, a technique employed to elucidate protein structure. Peculiarly enough, the milk crystals within roach guts grow large enough to be used for this type of technique.

“The crystals are like a complete food – they have proteins, fats and sugars. If you look into the protein sequences, they have all the essential amino acids,” said Sanchari Banerjee, one of the postdoctoral fellows at InSTEM, in an interview with the Times of India.

Now equipped with the gene sequences for these milk proteins, InSTEM’s lead biochemist on the project, Subramanian Ramaswamy, and colleagues plan to use a yeast system to produce these crystals. “They’re very stable. They can be a fantastic protein supplement,” says Ramaswamy.

If everything goes according to plan, InSTEM will synthesize the protein-rich milk and market it as a supplemental food. The scaffolding in the milk protein crystals shows compelling characteristics — ones that could be used to design nanoparticles for drug delivery. It’ll be interesting to see if and how cockroach milk is rolled out over the next few years.