Tag Archive for: University of Copenhagen 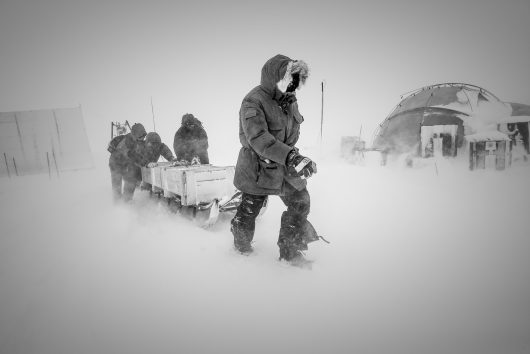 The world’s only college degree in Eskimology may no longer be available this fall. The University of Copenhagen has suspended Eskimology courses for the 2016 school year due to recent budget cuts.

The classes are set to resume next fall, however, the future looks bleak for Eskimology since more budget cuts are expected in the future. A few other subjects have been cut as well, with many focused on regional studies, such as South East Asian studies.

What exactly is Eskimology? The field covers the history, languages, and culture of arctic peoples. The origins can be traced back to the 18th century and the writings of Hans Egede. The University of Copenhagen began to offer courses in the department in the 1920s. The university’s official Department of Eskimology was founded in 1967.

Although the current Eskimology department is small, it is not going down without a fight. Ecologists argue the field is even growing in importance as global warming and mining concerns (two major issues for the Eskimo/Inuit community) take center stage.

How does the decline in Eskimology education impact its subjects? Because of its colonial ties to Denmark, much of the coursework at the University of Copenhagen focuses on the people of Greenland. Recently, Greenland — which has a majority Eskimo/Inuit population — has been grappling with issues of independence, environmental concerns, and an international battle over their coal and oil reserves.

In the face of chaos, Greenland’s government often sought the advice of Copenhagen’s top Eskimologists. Additionally, the University of Copenhagen was, until this year, the only university in the world (outside of Greenland) to offer Greenlandic language courses.

Maintaining the friendly connection between Greenland’s Eskimo/Inuit population and the University of Copenhagen is also vital during this time as debates rage over the status of Greenland’s independence. Tine Pars from the University of Greenland advised, “We have had a lot of collaboration with Eskimology and Arctic Studies at Copenhagen University over the years… these academic collaborations have been good for research and teaching, and good for both countries.”

The decision to cut Eskimology has been a controversial one, especially since many Danes believe they have a responsibility to protect the Greenlandic culture. One Danish newspaper states, “If Greenland’s economy and business shall develop in the coming years and the massive social problems are addressed, this requires knowledge and reciprocal engagement.” As Greenland faces an uncertain future, many Danish and Greenlandic citizens push for the resurgence of Eskimology.