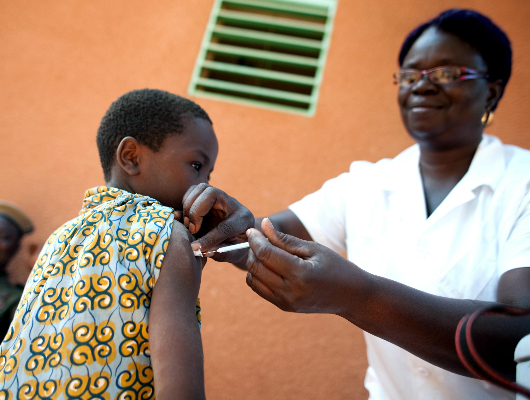 Flu shots are synonymous with cold and wintry conditions. Lines stretching hundreds of feet from the doors of CVS and middle schools become commonplace during the first months of a new year.

Every year, children squirm awaiting the dreaded shot, vaccinating them from the clutches of the dreaded flu. We’ve become accustomed to this process over the years, but the reality is that this tedious cycle may be coming to an end with new medical advancements on the horizon.

The world’s first universal vaccine may be right around the corner. Researchers at Rockefeller University are working to develop a new type of vaccine that, according to the Times of India will, “harness a previously unknown mechanism within the immune system to create more effective and efficient vaccines against this virus which may ultimately result in a vaccine that provides life-long immunity against flu infections.”

The vaccine operates by targeting all varieties of flu strains and utilizes modified antibodies.

These new antibodies are being formulated to target flu strains that often are not treated by standard vaccines. An article in EurekAlert examined the science behind this bold undertaking by scientists.

“Work in the Ravetch lab suggests a new alternative: chemical modifications to the Fc region of antibodies. These regions go on to form complexes with vaccine antigens, which then modulate the evolving vaccine response,” reads an excerpt from EurekaAlert.

Essentially, once the new vaccine is administered to the patient, it continually evolves to combat any future flu strains that may arise in the patient.

The possibility of a universal flu vaccine being only years away would revolutionize world health. By only needing to be administered once, the vaccine could be distributed all over the world.

This would allow for those in poverty to receive vaccination and have life-long immunity. Mortality rates all over the world would decrease incrementally with life-long vaccination a reality.