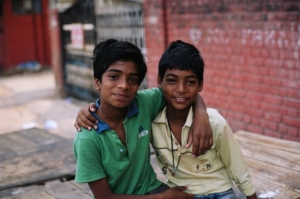 Poverty among children is at a considerably higher rate than that of adults. Around the world, an estimated 660 million children live in some form of poverty. Approximately 390 million of those children live in extreme poverty, surviving on under $2 a day. One of the ways global child poverty can be reduced is through social protection programs instituted by governments. However, only one in three impoverished children are receiving some form of family or child benefits. Universal child benefits have recently been discussed as an effective approach to address global child poverty and achieve several Sustainable Development Goals.