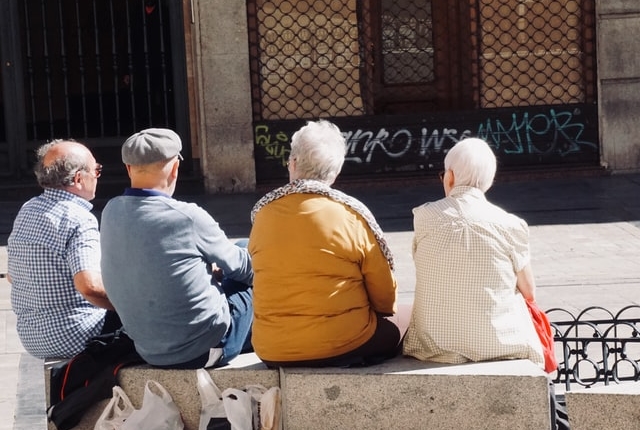 Millions of tourists visit Spain each year, experiencing the country’s rich culture and beautiful architecture. On the surface, Spain might seem like a perfect place, an escape from everyday hardship. But, deeper down, the country is not immune from economic troubles as poverty marches through Spain. The nation’s problem with poverty is especially relevant for the country’s senior citizens. Elderly poverty in Spain threatens the well-being of the nation’s seniors, and recent events might exacerbate this problem.

Most recently, people in Spain are experiencing higher poverty rates due to the unforeseen circumstances of the COVID-19 pandemic and its economic consequences. Although the nation’s pension system works to keep millions of older people out of poverty, it is still critical to recognize poverty’s impact on the most vulnerable elders.

Even though state-provided pensions help curtail old-age poverty, 20.5% of Spanish seniors are at risk of poverty and exclusion. Many elders receive incomes below the poverty threshold, which leads to unnecessary hardship for the aging population. Spain’s social safety net is a helpful tool in the war against poverty. However, many elders still lack adequate resources to thwart economic hardship completely.

It is worth noting that Spain is doing relatively well compared to the rest of the world. The Global AgeWatch Index ranked Spain as the 25th best nation for elders’ social and economic well-being in 2015. Additionally, only 9.4% of individuals aged over 65 live in relative income poverty in Spain compared to 13.5% for the average OECD nation.

Spain’s problem with old-age poverty might appear relatively better off than many other nations. However, there are entrenched inequities, particularly those based on gender.

There are 10.6% of older Spanish women with income poverty rate. Compared to 7.8% of men, this gender gap persists despite any progress to reduce elderly poverty. Two primary contributors to this discrepancy are women’s, on average, lower lifetime earnings and higher life expectancy, according to OECD.

Interestingly, elderly poverty in Spain is lower than the poverty rate for the total population, which stands at 15.5%, according to the OECD. In this case, while one might think that Madrid may shift its attention to the poverty facing young adults, the well-being of elders faces a precarious trajectory given changes in demographics.

Spain’s life expectancy is on the rise with an average of 84 years, three years higher than the OECD average. Its fertility rate is also reaching new lows with only 1.2 births per woman. The nation’s high life expectancy and low fertility rates work in tandem to spell out a disaster for old-age poverty. A growing population of elders threatens the stability of old-age pensions since fewer workers will be supporting the elder safety net. With a lower ratio of workers to retirees, the Spanish economy will suffer trying to keep up with the burden of paying for more expensive social insurance.

These changing demographics will have a disproportionate impact on its rural residents. With more elders in Spain’s rural towns and villages, the fight to eliminate old-age poverty tackles a new obstacle: an isolated aging population.

Rural areas already have reduced access to stable health infrastructure and as senior residents get older, many Spaniards will be unable to drive to necessary facilities, according to the European Anti Poverty Network. This inequity in access forewarns higher poverty rates, lower well-being and increased social isolation for vulnerable elders. Without easily accessible resources, rural Spanish elders will suffer.

The COVID-19 pandemic pinpointed the weaknesses in Spain’s care for the elderly. Notably, many hospitals refused to provide care for seniors and many nursing homes lacked the resources to navigate the pandemic.

Even though COVID-19 cases have fallen from their peak, pandemic-related issues may aggravate elderly poverty in Spain. The resulting economic instability risks growing inflation, diluting the purchasing power of elders.

Spain’s inflation reached 10.2% in June 2022 and this high number does not bode well for senior citizens. Higher inflation weakens the purchasing power of government-paid pensions for the elderly, which may reverse the tide in reducing old-age poverty.

The news on Spain’s poverty rate may seem bleak, however, the public and private sectors could help present new solutions to continue mitigating old-age poverty. Reducing elderly poverty in Spain could emerge from a wide array of tactics. For instance, the government could increase investments in the social safety net, ensuring higher purchasing power for elders receiving pensions.

Additionally, new independent initiatives could target increasing accessibility to proper resources by bridging the digital divide and expanding access to high-quality health infrastructure to safeguard elders from falling into poverty. The next steps in this fight could aim to combat inequities in elderly poverty, especially for women and rural residents.

Working exclusively on the local level, United Way Spain is bettering the lives of its most vulnerable elders by crafting new initiatives to advance the prosperity of its elders.

Even though Spain may already be ahead of most of the world in tackling elderly poverty, many efforts are still needed to eradicate global poverty. Supporting the work of an NGO like United Way Spain showcases one of the many ways to get involved in the fight against elderly poverty.